Several months ago I started to catch word of The Alpine Review. The references were coming from people who I hold in the “automatically pursue anything they recommend” place in my heart — people like Martin and Peter and Igor. And so, without being completely sure of what I was getting myself into, I paid the $35 to order the first issue. It arrived in my post box on Monday. 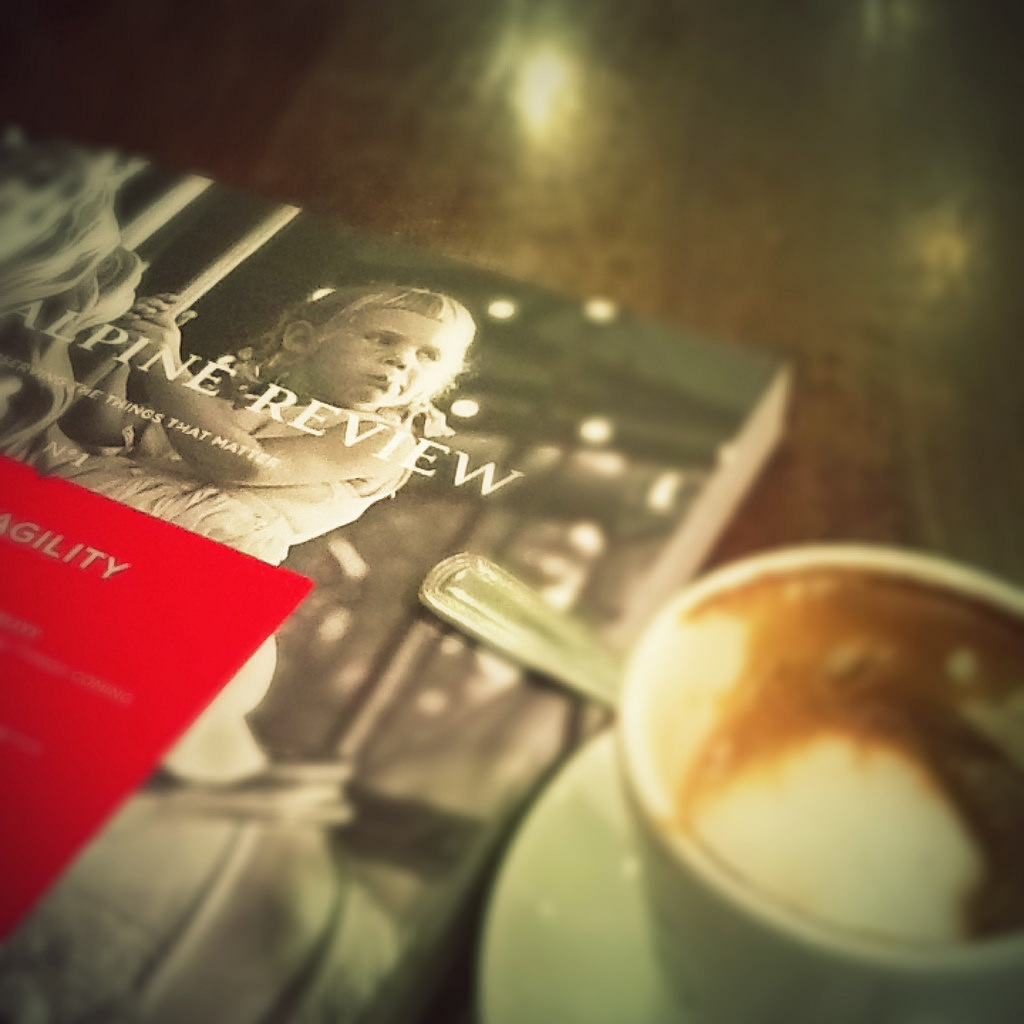 It turns out that not only are the aforementioned recommenders of magazine, they’re deeply steeped in its creation. Peter is an editor. Martin’s an author. Indeed as I scanned the table of contents I realized that I’d had lunch at one time or another with a healthy cross section of the issue’s contributors.

As to the magazine itself: wow.

My elevator pitch would be “A contemporary take on the Whole Earth Review zeitgeist with the production values of Monocle” (and, fortunately, with none of the “you should really wear this $290 scarf and this $2900 watch” aspirrationality of the latter).

The writing is substantial but accessible; the design is magnificent. And, true to its title, the approach is to survey the terrain from a distance (but not from far enough away that you can’t leap down and make connections to everyday life). This is a magazine that I will spend weeks making my way through, for every page holds a new insight. And each new insight leads me down a rabbit hole.

On page 180, for example, is an item titled Red Telephones and Pink Ponies that starts off:

Napoleon famously said that ‘If you start to take Vienna – take Vienna.’ 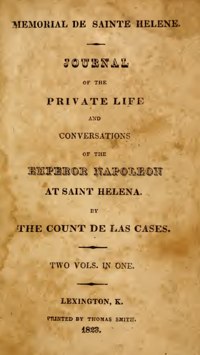 I was inspired to find a reference for this quotation, which led me through vast swaths of the Internet, through the UPEI library ready-reference desk, and into an email dialog with the magazine’s managing director Louis-Jacques Darveau, who told me he’d heard the quote from the late Ben Weider, a Canadian businessman about whom Wikipedia says “well known in two areas: bodybuilding and Napoleonic history.”

Satisfied, I then continued my tangent, reading parts of the English translation of the 1823 book Memorial de Sainte Helene: Journal of the Private Life and Conversations of the Emperor Napoleon at Saint Helena. Wherein I found the following entry from March 31, 1816:

This day the weather has continued very bad; we suffered from it; besides, we are absolutely infested with rats, fleas, and bugs: our sleep is disturbed by them, so that the troubles by night are in perfect harmony with those by day.

The weather changed entirely to fair on the 31st; we went out in the carriage. The Emperor, in the course of conversation, observed, speaking of Egypt and Syria, that if he had taken Saint Jean-d’Acre, as ought to have been the case, he would have wrought a revolution in the East.  “The most trivial circumstances,” said he, “lead to the greatest events. The weakness of the captain of a frigate, who stood out to sea instead of forcing a passage into the harbour, some trifling impediments with respect to some shallops or light vessels, prevented the face of the world from being changed. Possessed of Saint Jean-d’Acre, the French army would fly to Damascus and Aleppo; in a twinkling it would have been on the Euphrates; the Christians of Syria, the Druses, the Christians of Armenia, would have joined it; nations were on the point of being shaken.” One of us having said that they would have presently been reinforced with 400,000 men. “Say 600,000,” replied the Emperor, “who can calculate what it might have been if I should have reached Constantinople and the Indies; I should have changed the face of the world.”

Not quite the pithiness of “If you start to take Vienna – take Vienna.” But certainly the same sentiment.

As with many good things, The Alpine Review, though international in scope, is published in Montreal. Louis-Jacques calls the city “a silent actor” in the magazine, but I think some of the sensibility of the city — pluralistic, international, complex, chaotic — shows through.

I haven’t been this excited about a magazine in a long, long time — perhaps not since I read Louis Rossetto’s pitch for WIRED on The Well back in the early 1990s. What’s different about The Alpine Review, though, is that it seems to be a creation of my tribe — a sort of house journal for those of us lurking at the nexus of hacker/maker culture, systems, ecology, psychogeography. It’s the closest I’ve ever come to a “hey, Pete, here’s a magazine made about exactly the things that are interesting to you right now.”

I’ll be buried inside The Alpine Review for at least the rest of the month. I shall eagerly await future issues.