I have found myself in possession of a letterpress cut of former Prince Edward Island Premier Alex B. Campbell’s signature.

While I thought briefly that I might use this great power dash off some quick orders in council for planting in the provincial archives, I thought better of this, and decided instead to set a passage from one of his speeches, one quoted in Alex B. Campbell: The Premier that Rocked the Cradle that was delivered at the Canadian National Exhibition in 1967. 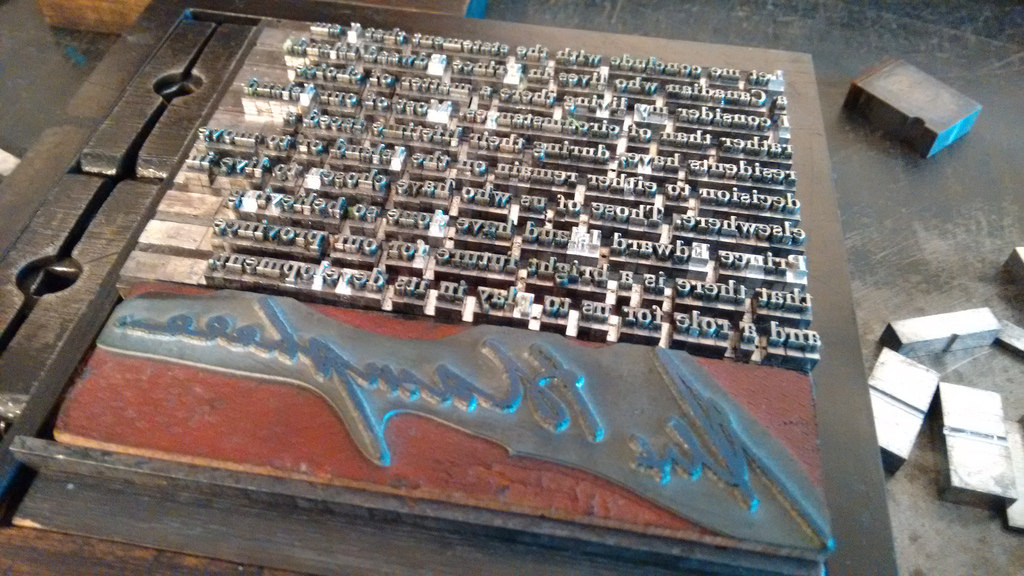 I’m debating justifying the text; I’m generally more of a ragged-right person, but perhaps it would suit in this instance.