A fortunate set of circumstances led me to be offered a tour of the Isaac Newton cable laying ship this morning, and I happily seized the opportunity.

The ship is here in the Port of Charlottetown for a few days, after a trans-Atlantic voyage from Rotterdam, to provision itself for the laying of two new submarine electricity cables under the Northumberland Strait, connecting New Brunswick and Prince Edward Island.

The tour began with a double-barreled security check, once on the wharf and once at the top of the gangway, with security badges issued at each: 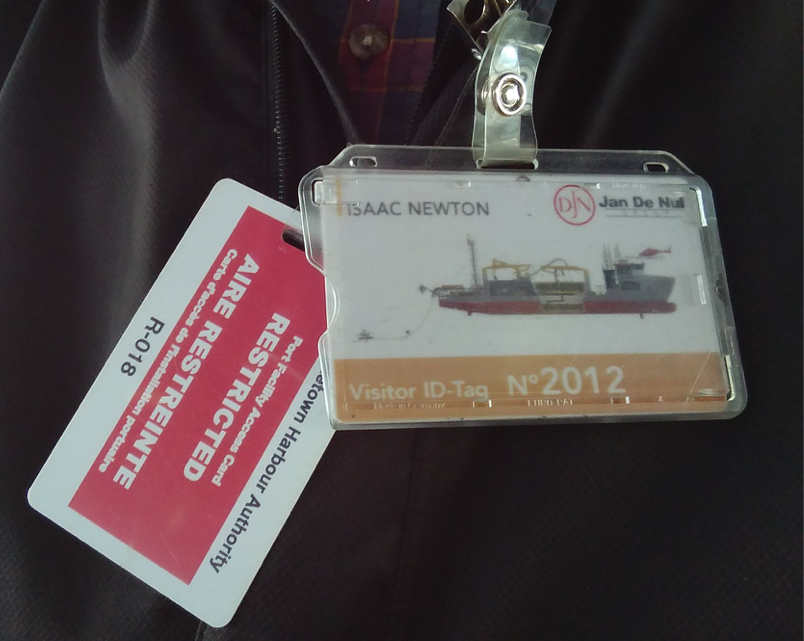 Before being allowed aboard at all, we needed hard hats, safety glasses, and steel-toed boots; meaning that I wasn’t exactly fetching during the tour, but I was well-protected: 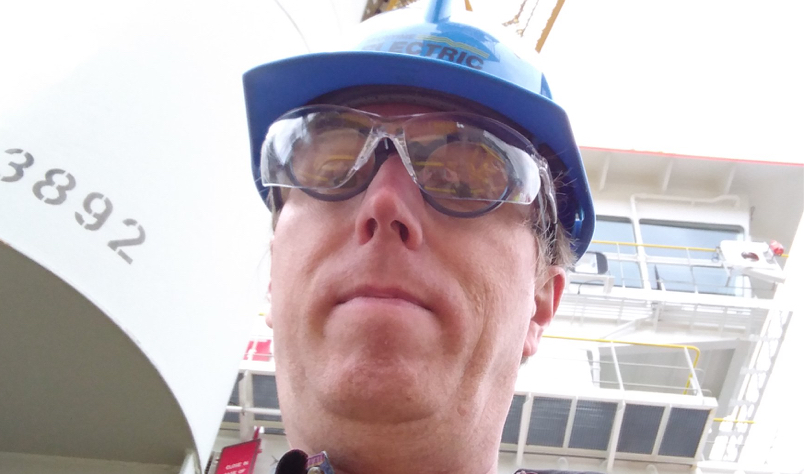 For all the Blade Runner-like qualities of the cable-laying equipment, the bridge was surprisingly office-like (we had to take our boots off and walk around in sock feet): 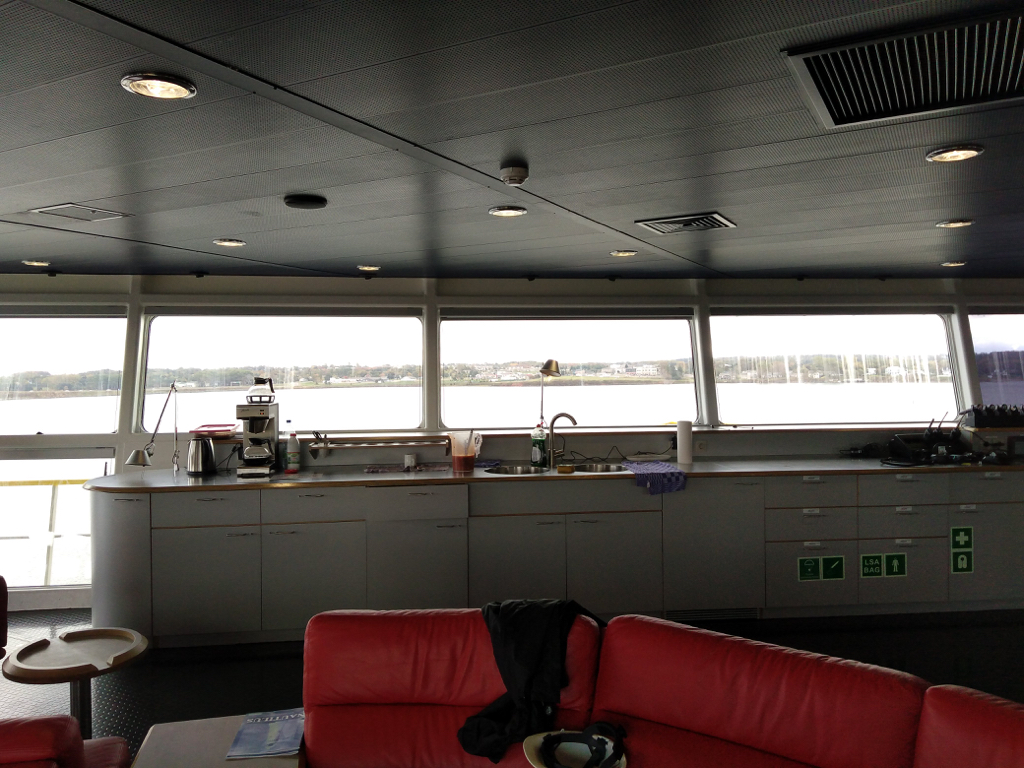 Even at rest in port it was a beehive of activity, as the ship prepares for the job ahead. Being so high above water provided a stunning view in all directions (the point of being so high above water, I suppose), including back toward the Delta Prince Edward, the Coast Guard Wharf and the Charlottetown Yacht Club: 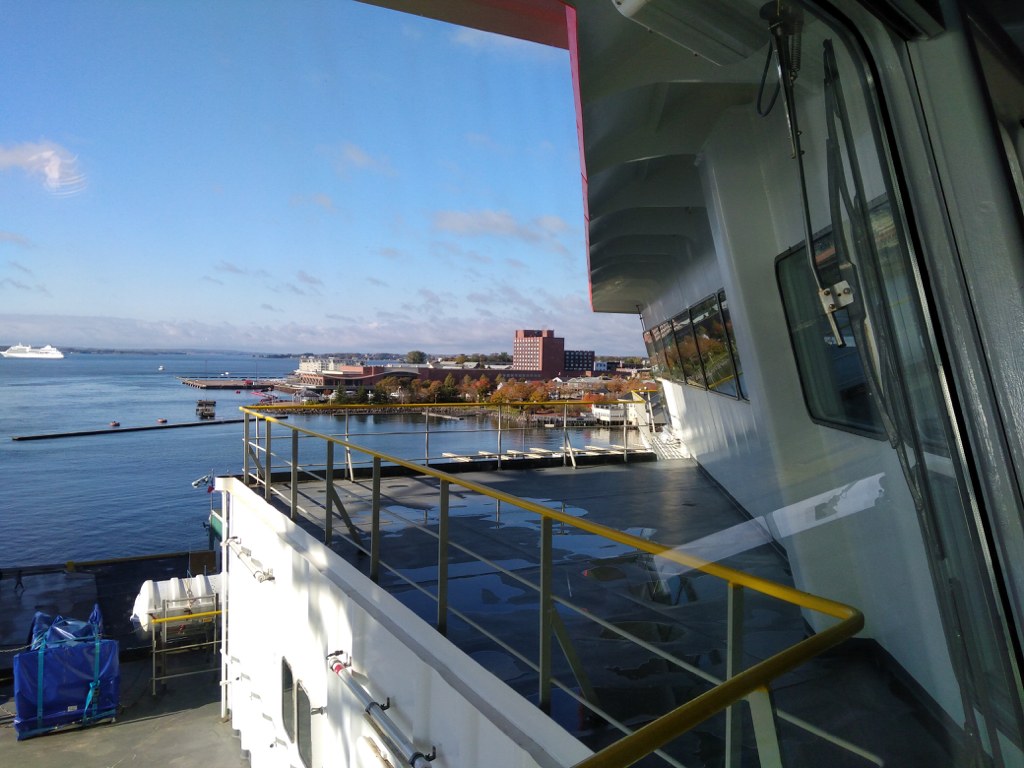 It also provided a close-up view of the cruise ship Seven Seas Mariner, docked at the end of the wharf (what a lucky treat for infrastructure-loving passengers with land-side balconies!): 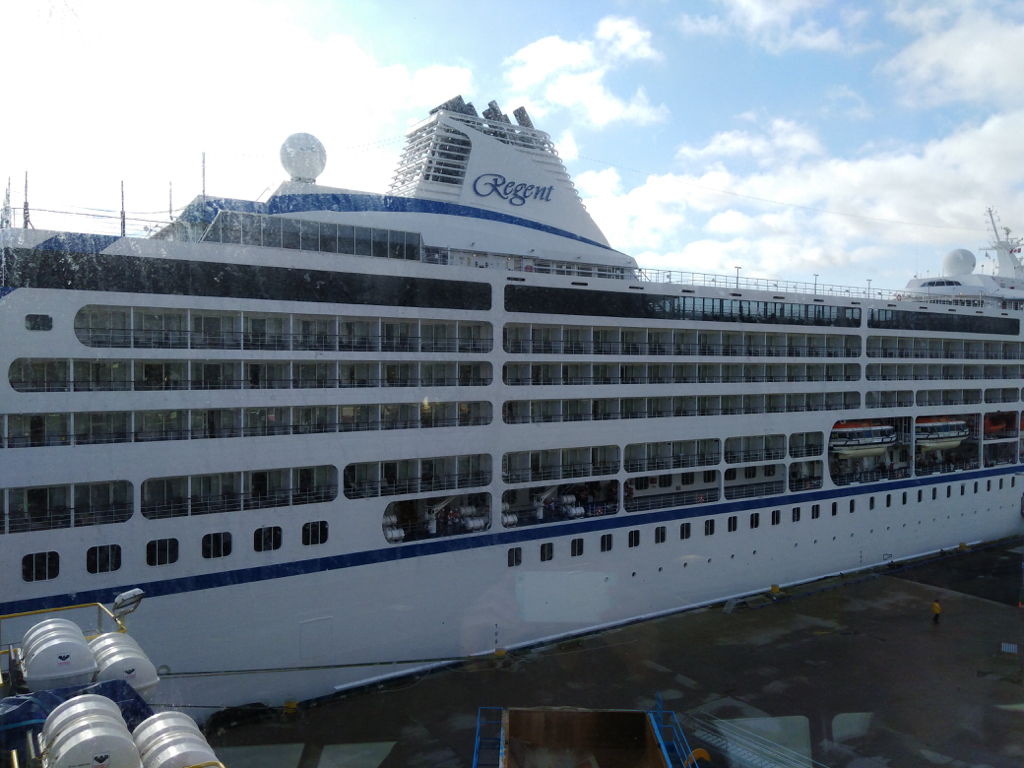 After a tour of the bridge, and a fascinating discussion of the mechanics and logistics of laying a cable across the Strait, we donned our boots, hats and glasses and headed to the deck to see the cable-laying machinery.

There are two cables on board, 37 km in all; one stored above-deck and one below-deck, in cable-feeding systems that are largely independent of each other. Each of the two cables will extend across the Strait, and each will be laid in a separate operation. The most striking view of the above-deck cable is from the bridge: 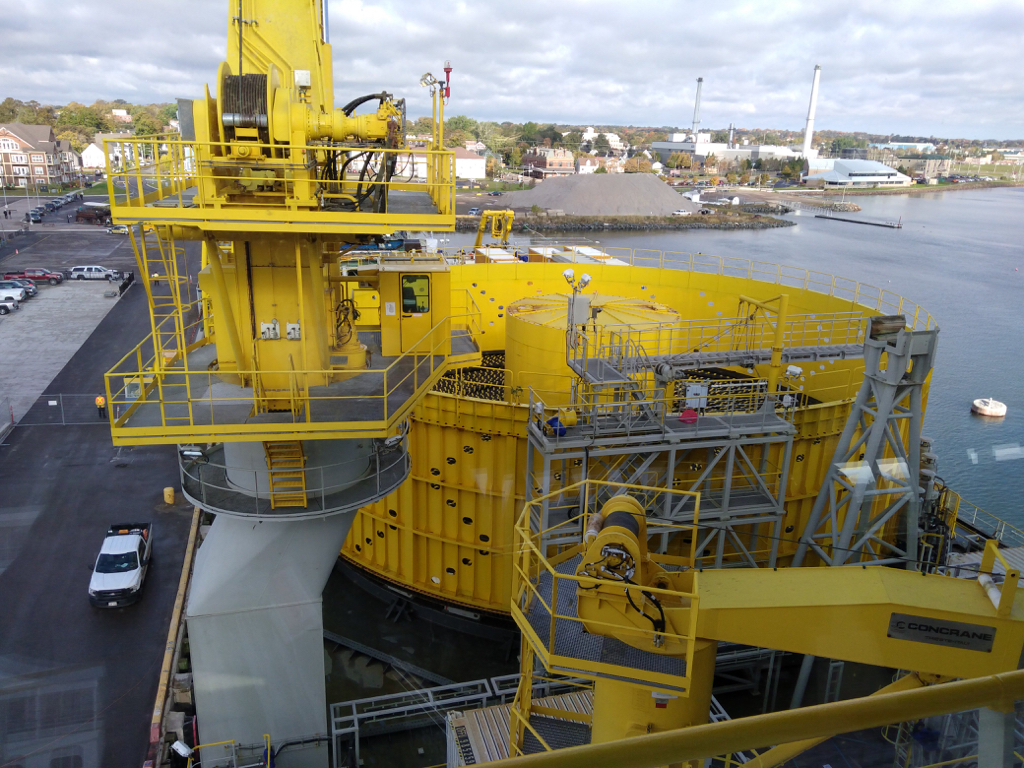 Inside that cylindrical corral you see the black-and-yellow electrical cable, 10 inches in diameter, coiled and ready for spooling out. The cylinder rotates, driven by motors that ring the bottom: 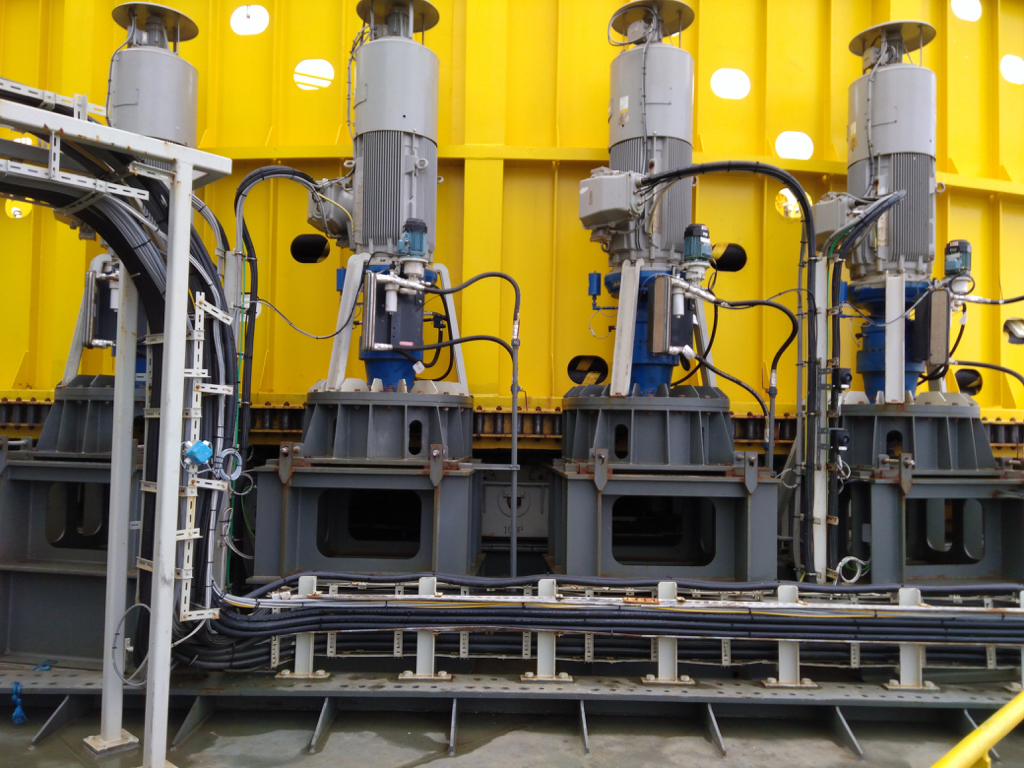 Below-deck there’s a similar arrangement, but because of the way the area is set up, you can get right up close to the cable and get a sense of both how enormous it is, and why specialized equipment like this is required to load, unload, and install it: 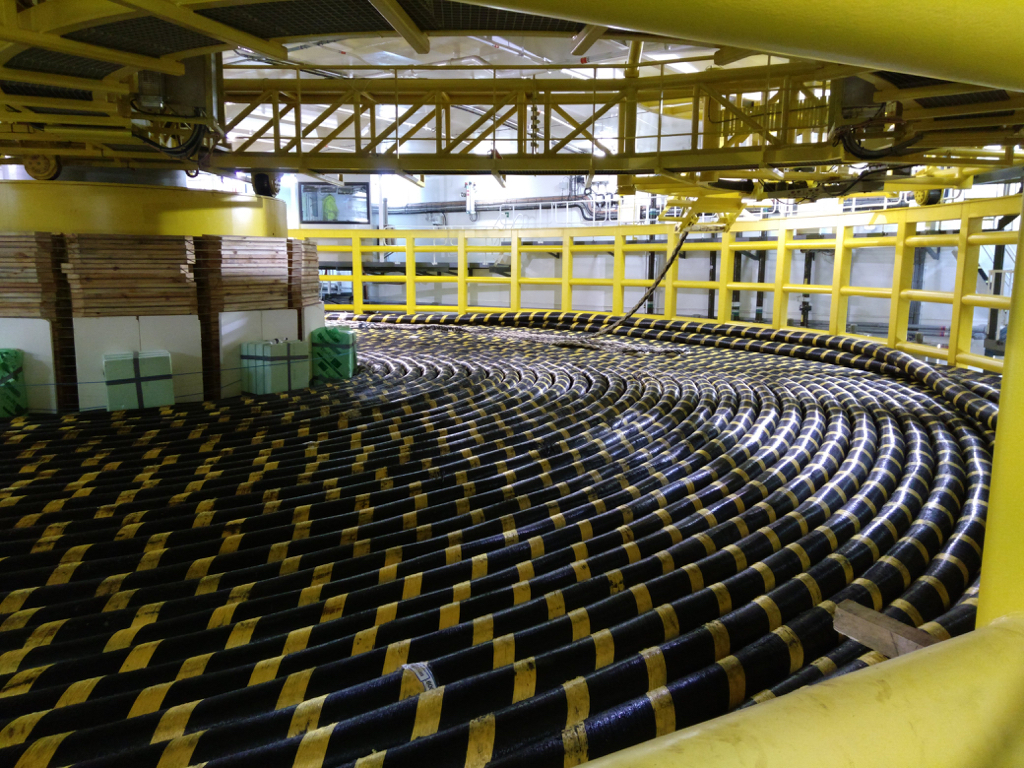 Back above-deck, we got a look at the ROV – a remotely-operated submarine – that is deployed to allow the installation crew to see the ocean floor and monitor the cable-installation up close: 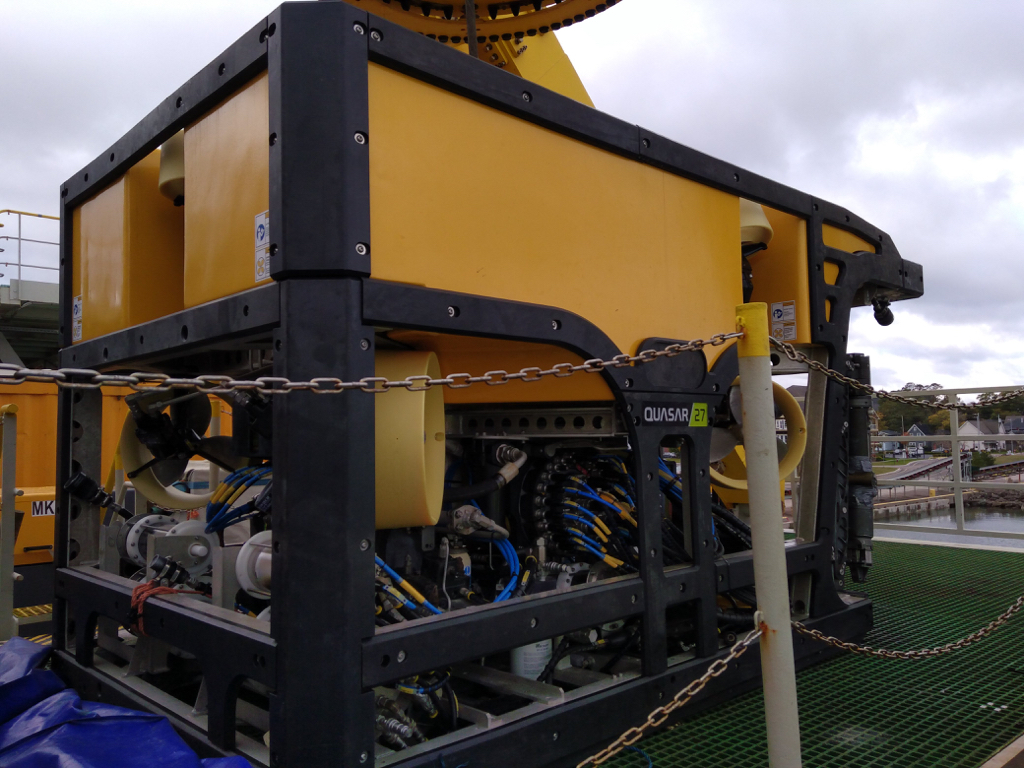 And, higher up on the deck, the trench-digging machine that both digs the trench the cable will sit in and arranges it in the trench: 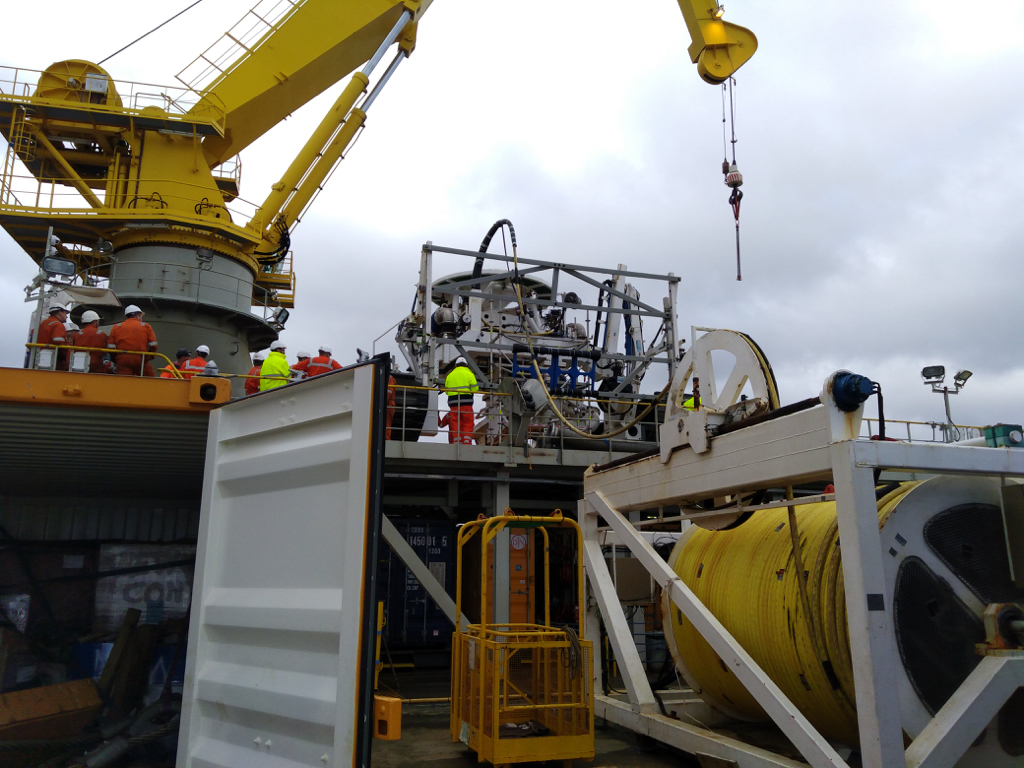 Located in among these massive pieces of cable-laying machinery are spare parts for almost every aspect of the ship – it travels the globe, on tight schedules, and once cable is being laid it can’t stop and back up! – as well as everything else you might need. Like a hack saw and wrenches: 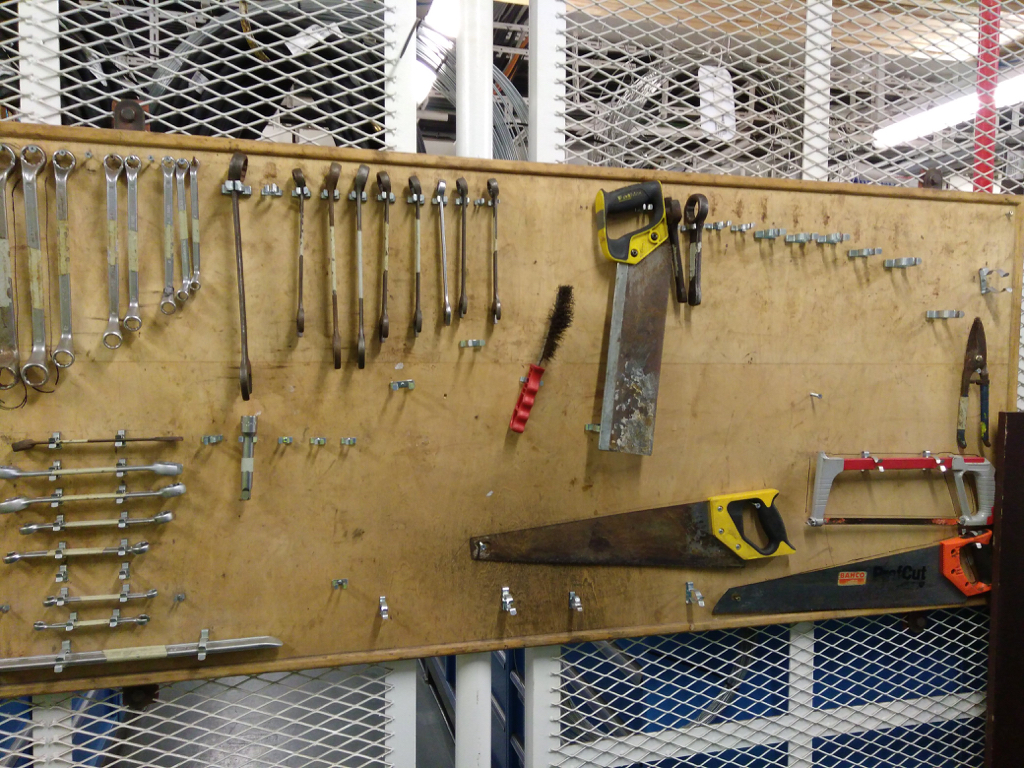 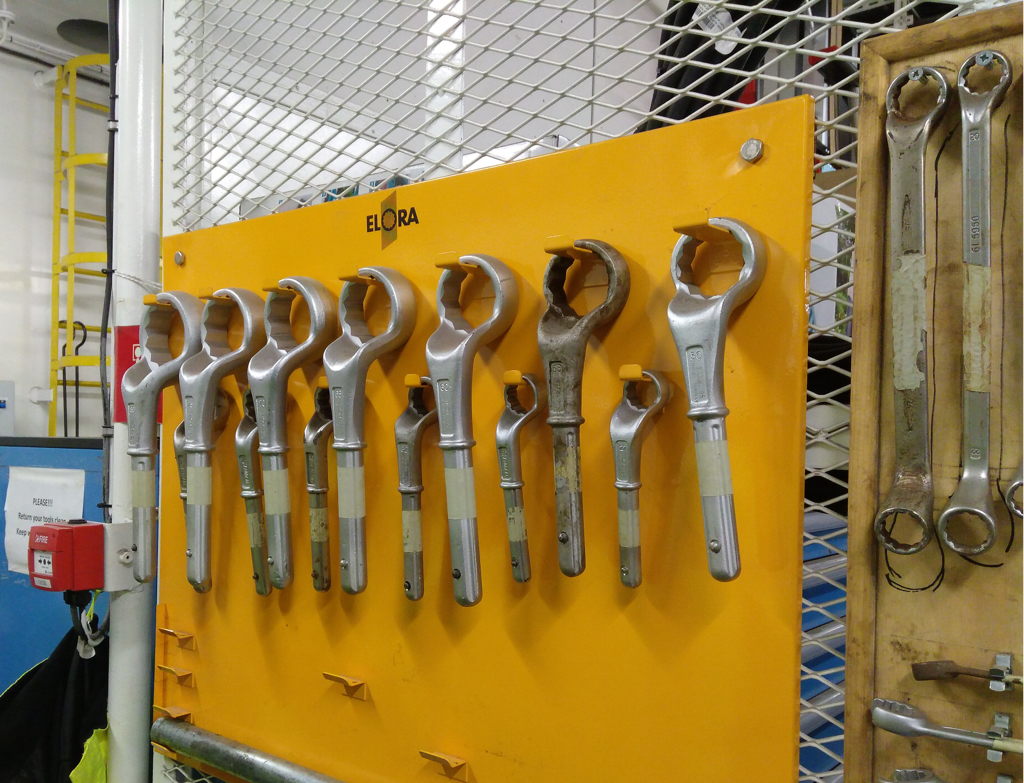 It boggles my mind to think that the cable I was standing just a few feet away from will, later this fall, be sitting under the ocean floor carrying electricity to my house. And that it will continue to do so until long after I’m gone. 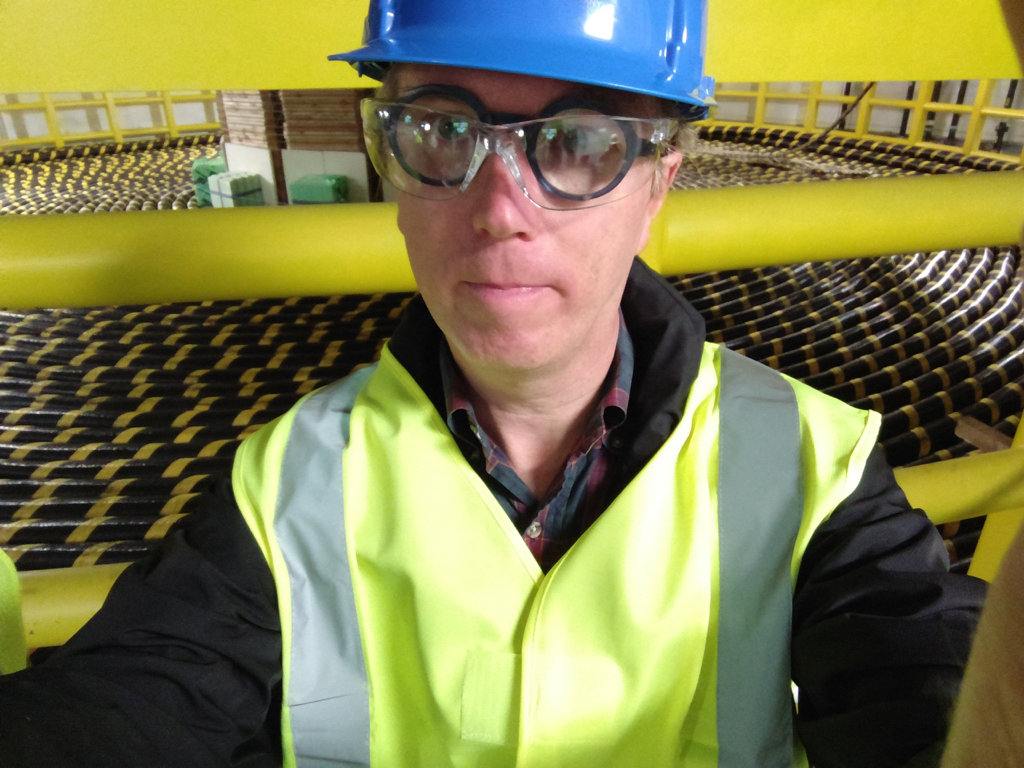 It was a lovely and unexpected chance to get a rare glimpse behind the scenes of one of the more complex machines I’ll ever see. I look forward to learning of its progress as it makes its way to Borden later this week for the start of its cable-laying work. Thanks to the crew for being so generous and accommodating.

You were awesome, so the rest of us don't have to be. Thanks!

Thanks for your first hand view of this amazing ship. My property runs down to the shore (I live next to the SCI yard), and see some of the activity from my house. My sister and her husband in the US watch some of the activities on my cam.