If you are a regular everyday person, Vitra is a company you’ve probably never heard of. Based in Weil am Rhein, Germany, it is a manufacturer of furniture for the office and home. Its products, generally licensed from prominent designers, are well-crafted and well-designed, and sometimes breathtaking.

The reason you’ve probably never heard of Vitra is that its products are also very, very expensive – like “$10,000 for a sofa” expensive – and thus beyond the reach of most. 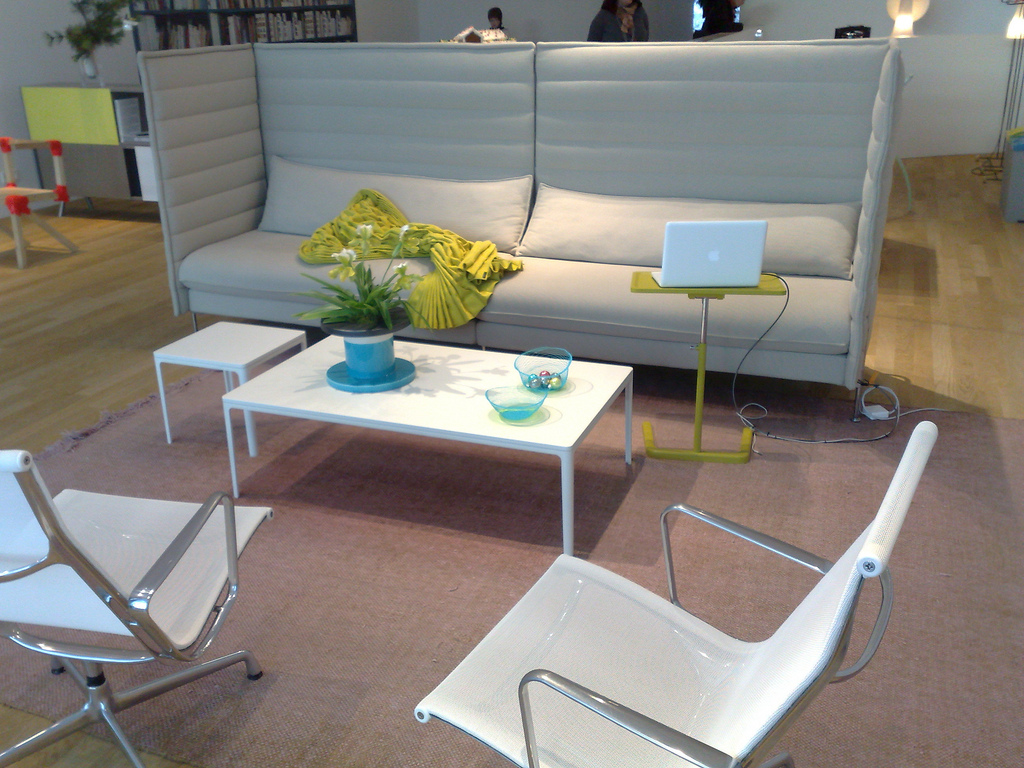 Which is not to say you can’t covet, and perhaps the greatest expression of covetousness you can pay to Vitra is to visit their “campus” in Weil am Rhein: we’ll likely never own a Noguchi Free Form Sofa, but we can pretend.

Precisely because its products command such prices, Vitra has been able to indulge itself with a rather dreamy headquarters; that much of their factory burned down in 1981 provided an opportunity to re-imagine their campus, and to showcase the work of some of the world’s most interesting architects. And so a visit to Vitra affords an opportunity not only to sit on unattainable sofas, but also to experience the buildings of Frank Gehry, Álvaro Siza, Zaha Hadid, and Herzog & de Meuron.

Though in Germany, Weil am Rhein is really just a suburb of Basel, Switzerland, so within easy reach when you’re visiting that city. To get there by public transit we took the tram across the Rhein to Claraplatz and then caught bus No. 55 directly to the Vitra stop (you can’t miss it). From central Basel the entire trip is about 45 minutes.

Our first stop was the restaurant in VitraHais, the Herzog & de Meuron-designed showcase for Vitra’s home furnishings line. 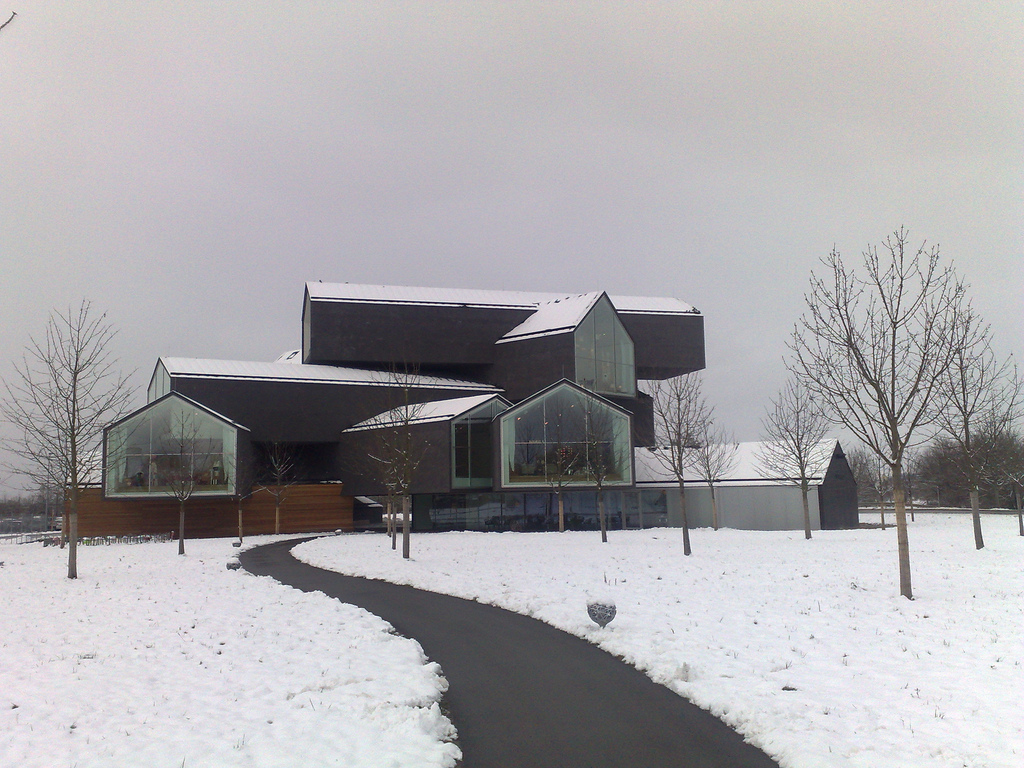 The meal was quite tasty, the environs spectacular, and the price pleasantly cheaper than we’d have paid for lunch across the border in Switzerland.

Our next stop was across the way at the Vitra Design Museum; we happened to arrive just as the 1:00 p.m. architectural tour was leaving, and the happy coincidence of other English-speakers in the group meant the usually-in-German tour was being offered bilingually. We hadn’t planned to take the tour, but decided to not pass up the chance.

The tour guide was friendly and knowledgeable and the tour took us behind the factory gates and provided an introduction to each of the major buildings on the campus. It ran about 2 hours, and was the highlight of our visit.

Among the buildings we learned about were the Frank Gehry-designed factory building, the Jean Prouvé gasoline station and the Buckminster Fuller geodesic dome (the latter two more collectors items than an integral part of the factory campus, but interesting nonetheless): 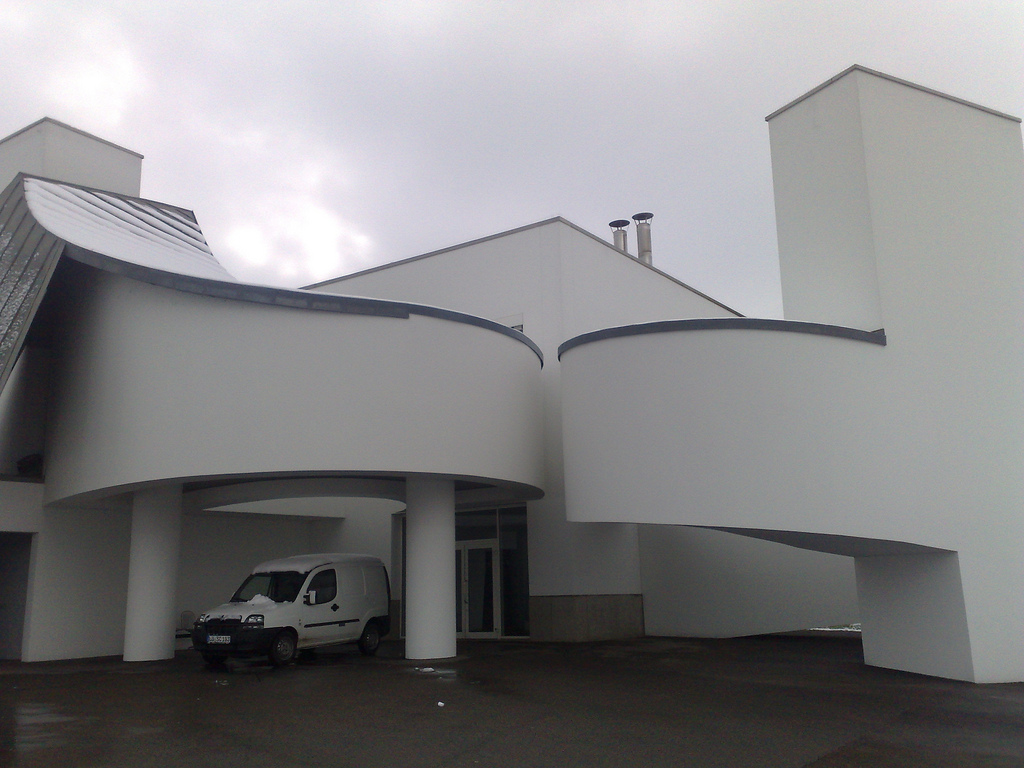 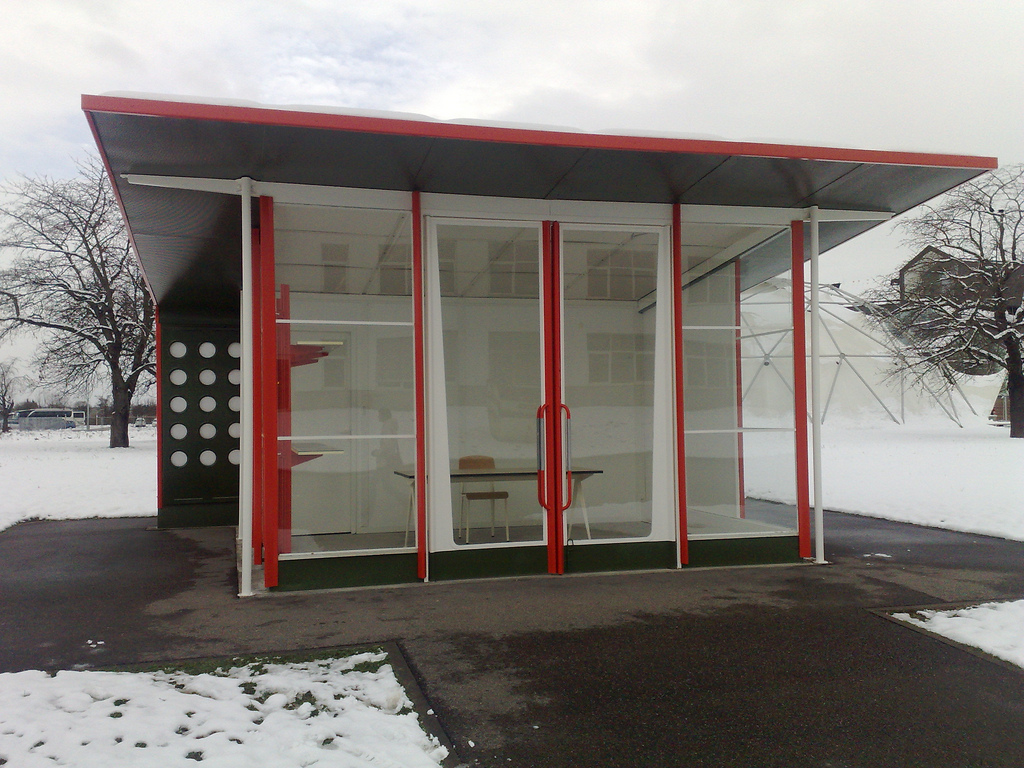 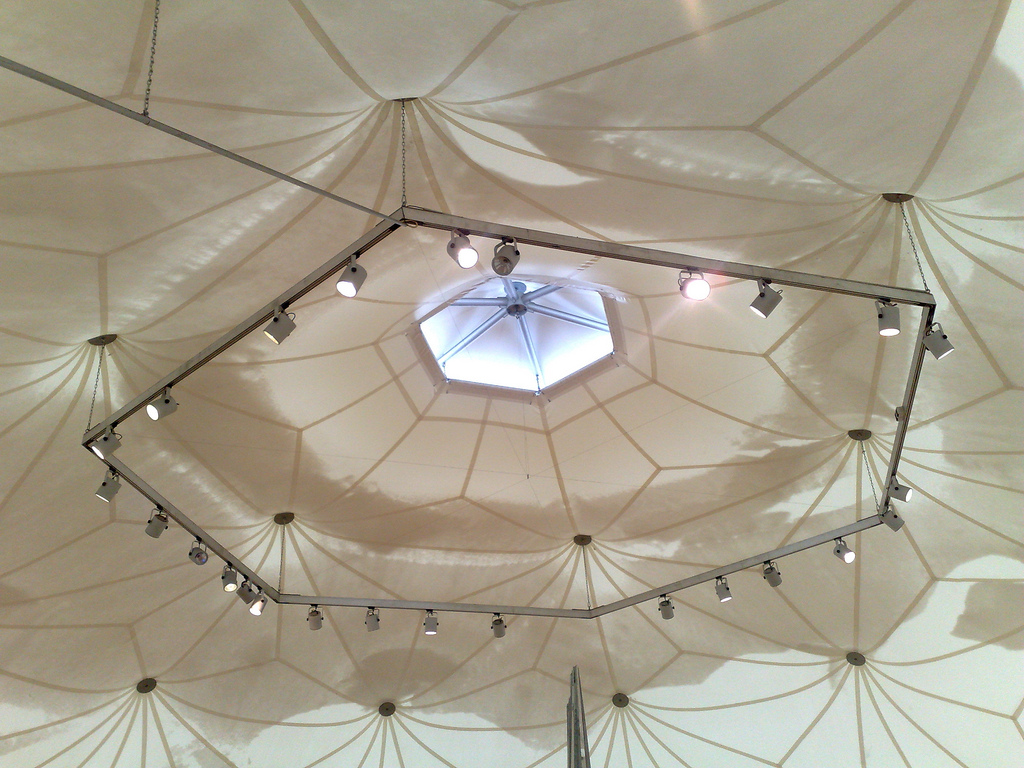 By far and away the most interesting part of the tour was the Zaha Hadid fire station. Originally constructed to mitigate against further problems with the factory burning down, the life of the building as a fire station proper was short-lived, as the surrounding community built its own fire station two years after it opened in 1983. The building is empty now, which means that visitors on the tour are free to ramble all through it.

Oliver and I got to know Hadid’s work when we visited the fantastic Phaeno museum in Wolfsburg in the spring. There are obvious echoes of the fire station in Phaeno – the cast concrete, the angular forms that seem like they shouldn’t work in the physical world – and it was nice to get a chance to experience the fire station up close.

It’s a freaky building: our guide explained that one of the design goals was (somewhat inexplicably) to have the firefighters never feels completely at ease. It certainly achieves that goal: the lack of any privacy, the stark spaces, the confusing angles, mean that you can never really relax in the building. 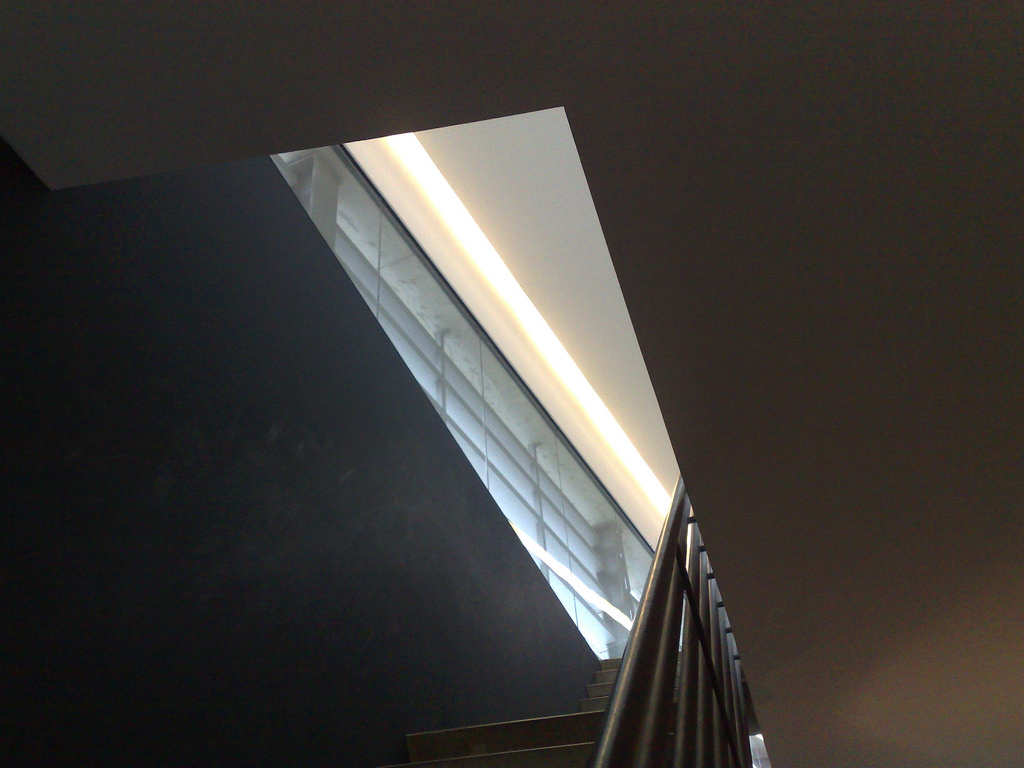 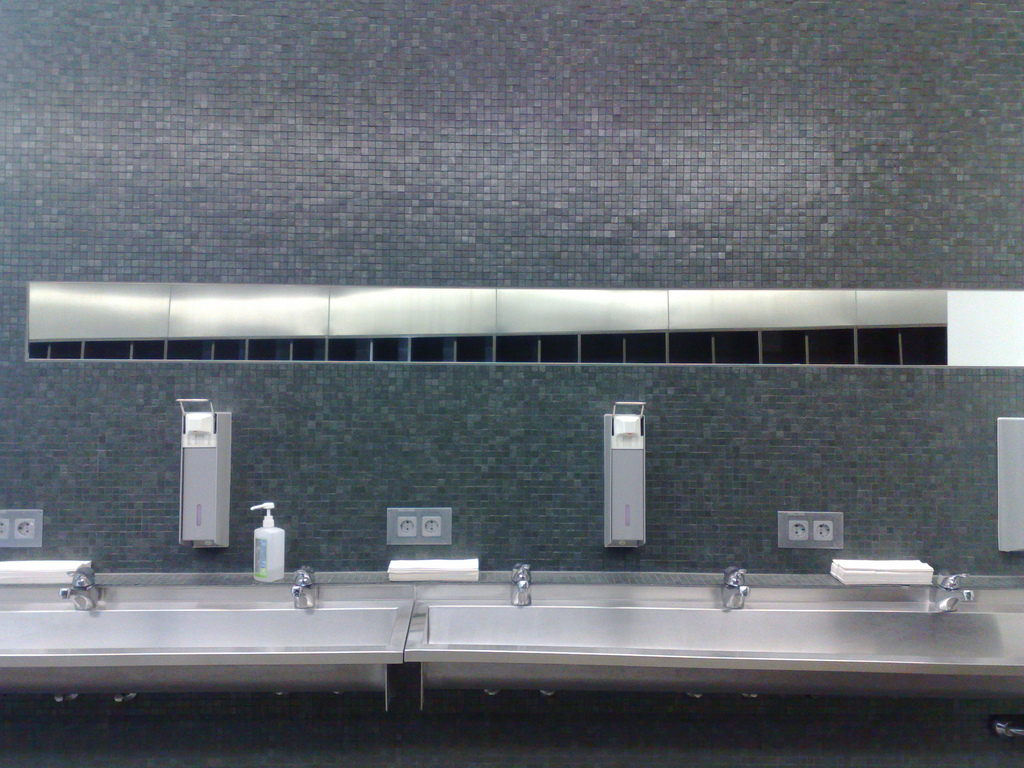 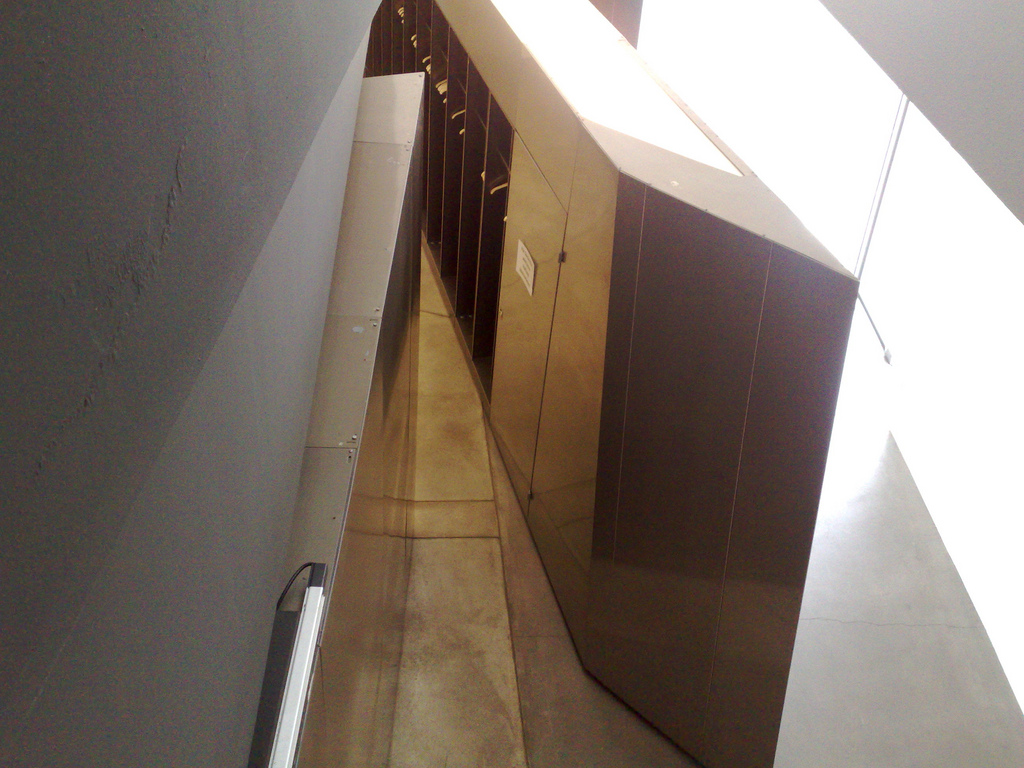 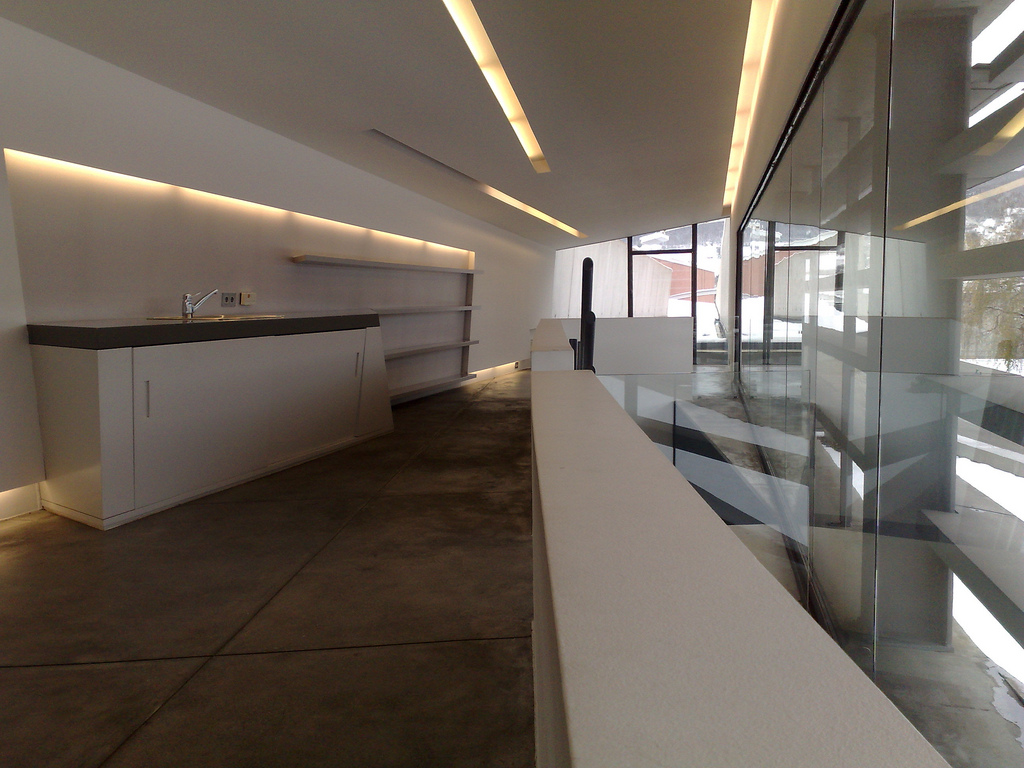 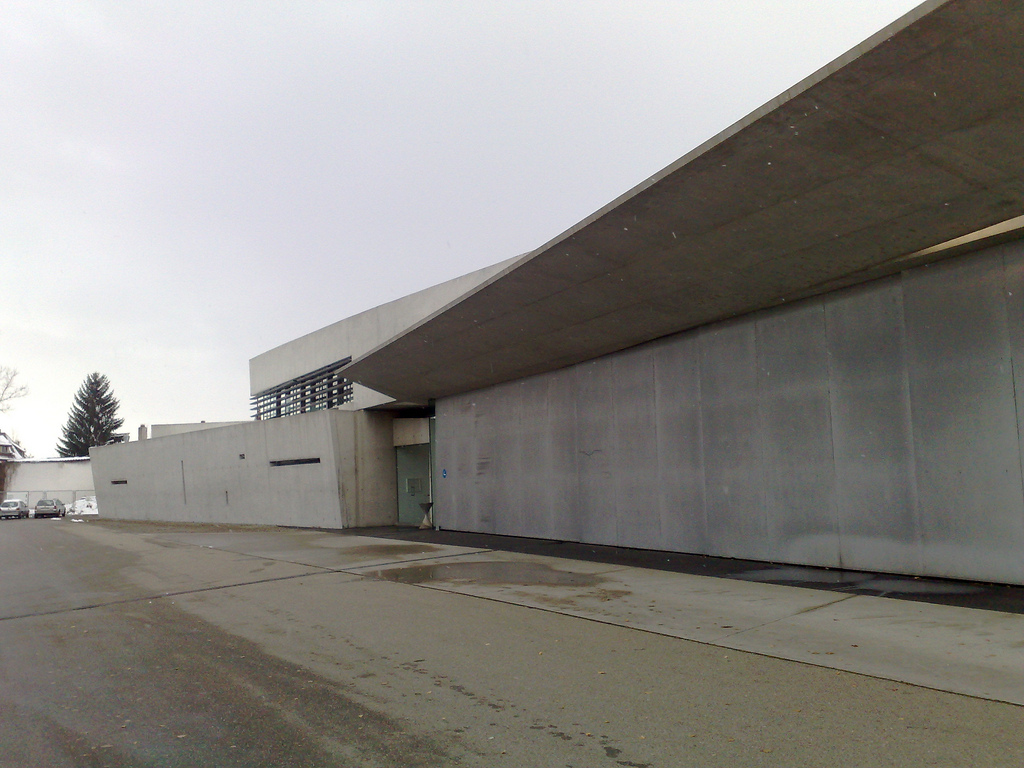 The building is brilliant and disturbing and deeply, deeply interesting, and Vitra deserves credit for giving Hadid free reign to re-imagine what a fire station might look like and how it might fit together.

The tour finished in the partly-underground conference centre designed by Tadao Ando. Although built from stark concrete, it’s an oddly comforting building to be inside, filled with unexpected intimate spaces and interesting twists and turns. 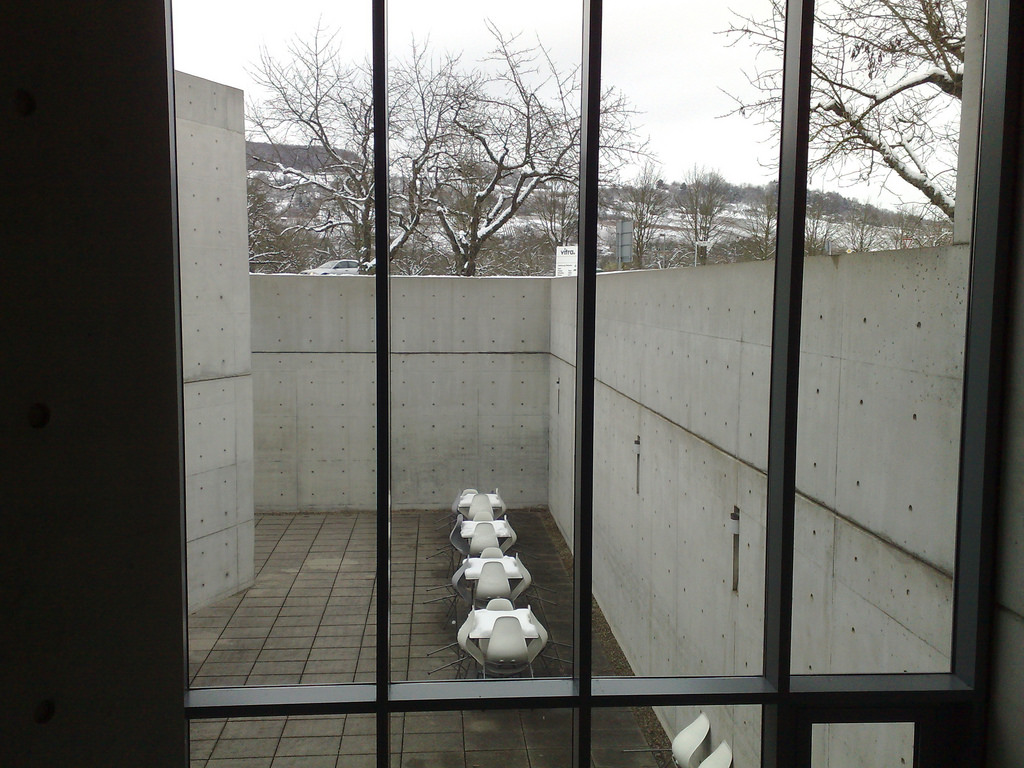 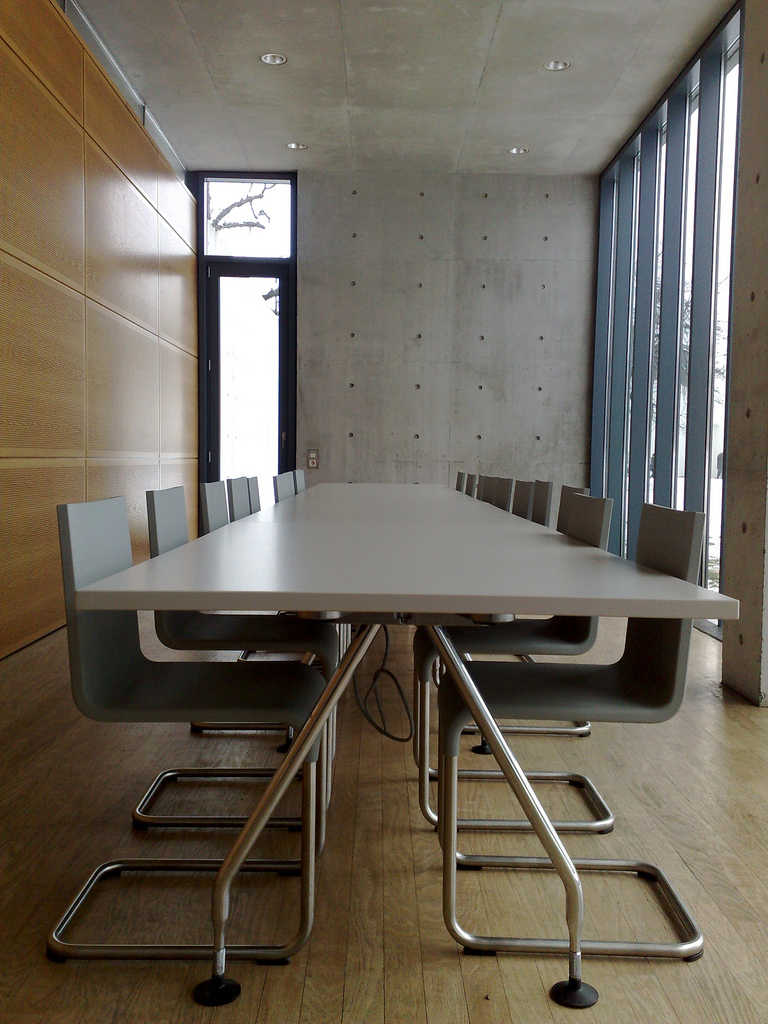 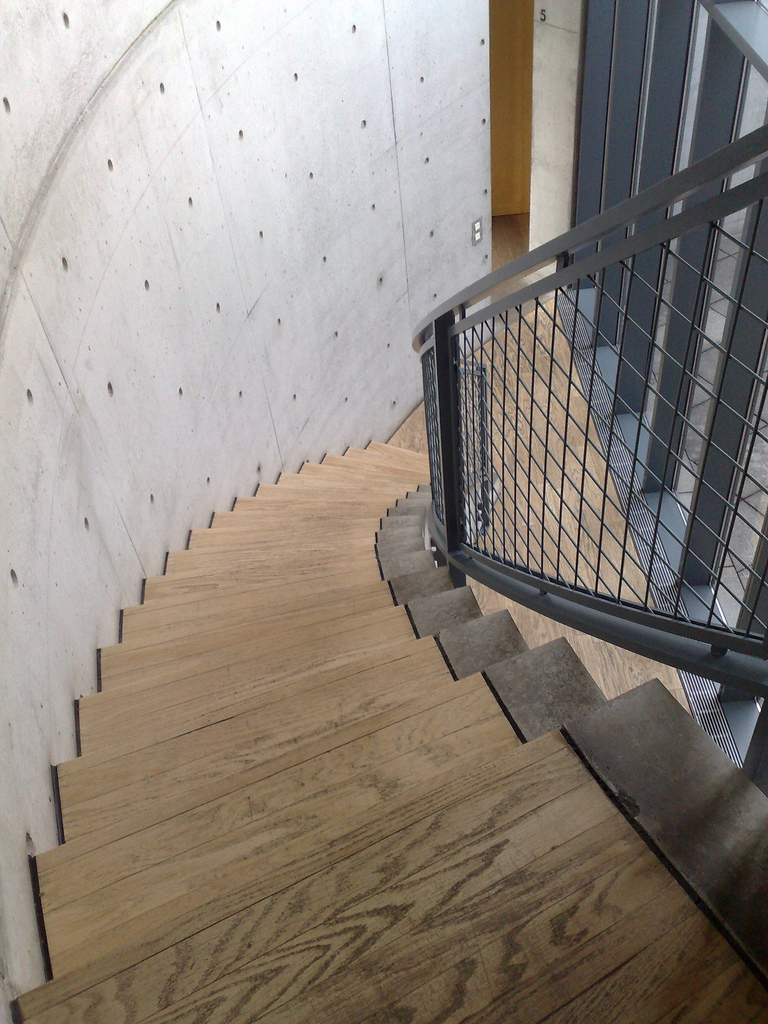 With the tour finished, we were left to our own devices in our original destination, the Vitra Design Museum. The museum has no permanent collection, and thus shows a series of ad hoc exhibitions: during our visit the architectural models of Frank Gehry were on display (thus re-confirming our status Gehry groupies, a journey that’s taken us to the dancing building in Prague, the Guggenheim in Bilbao and to Experience Museum Project in Seattle). 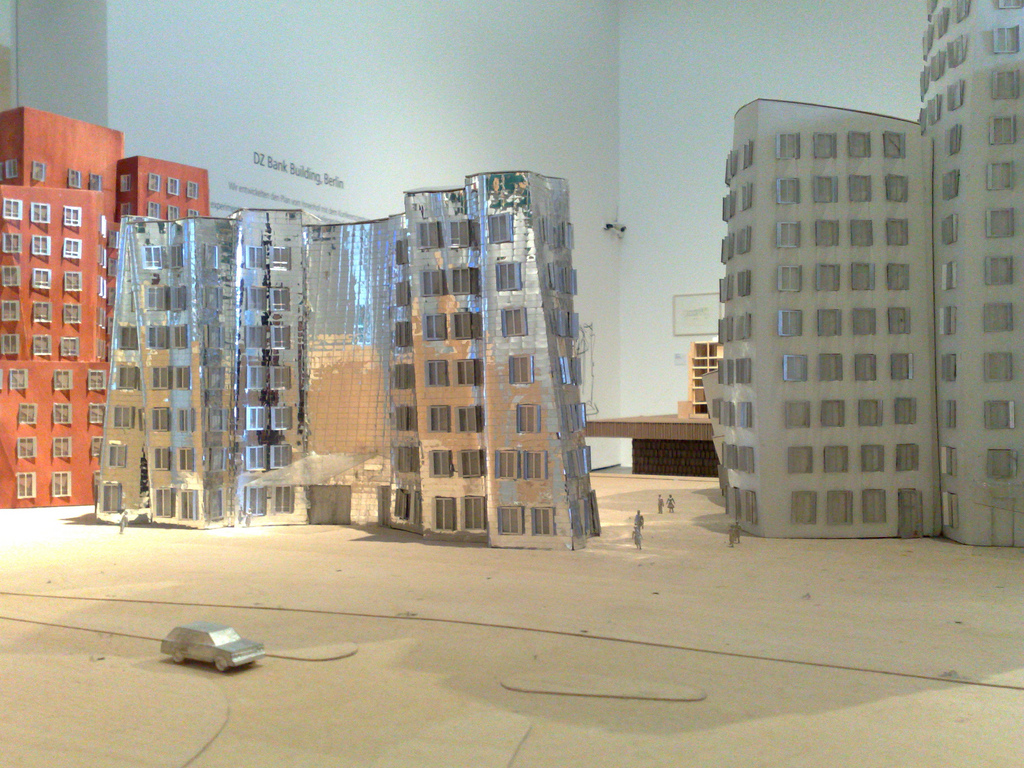 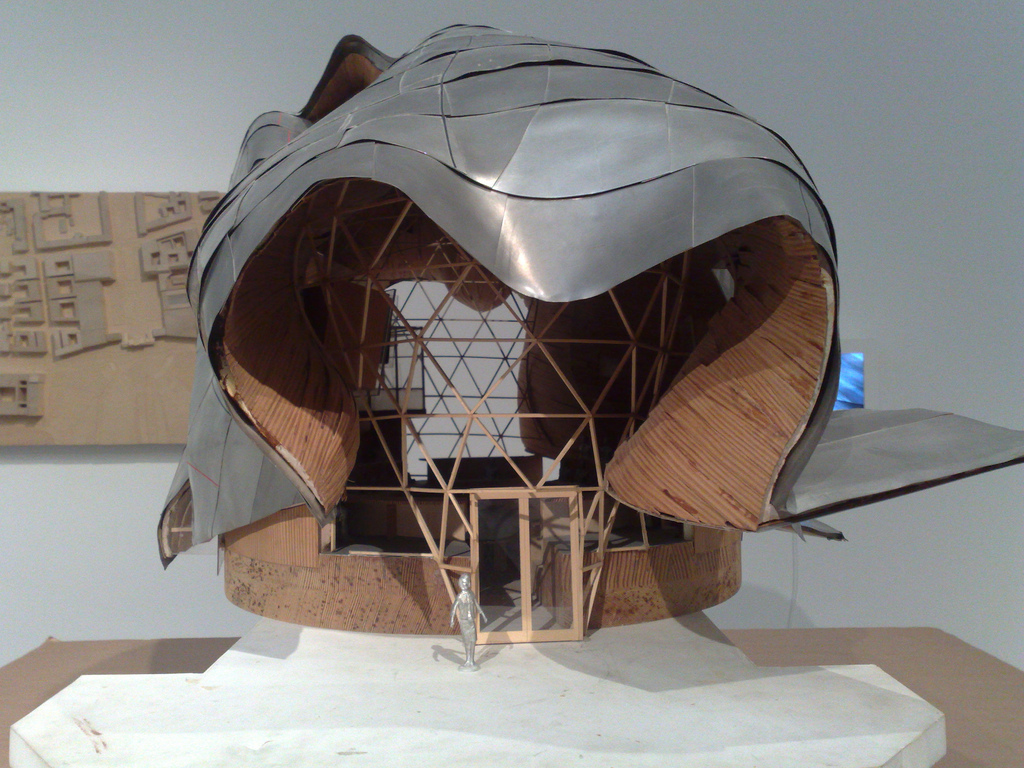 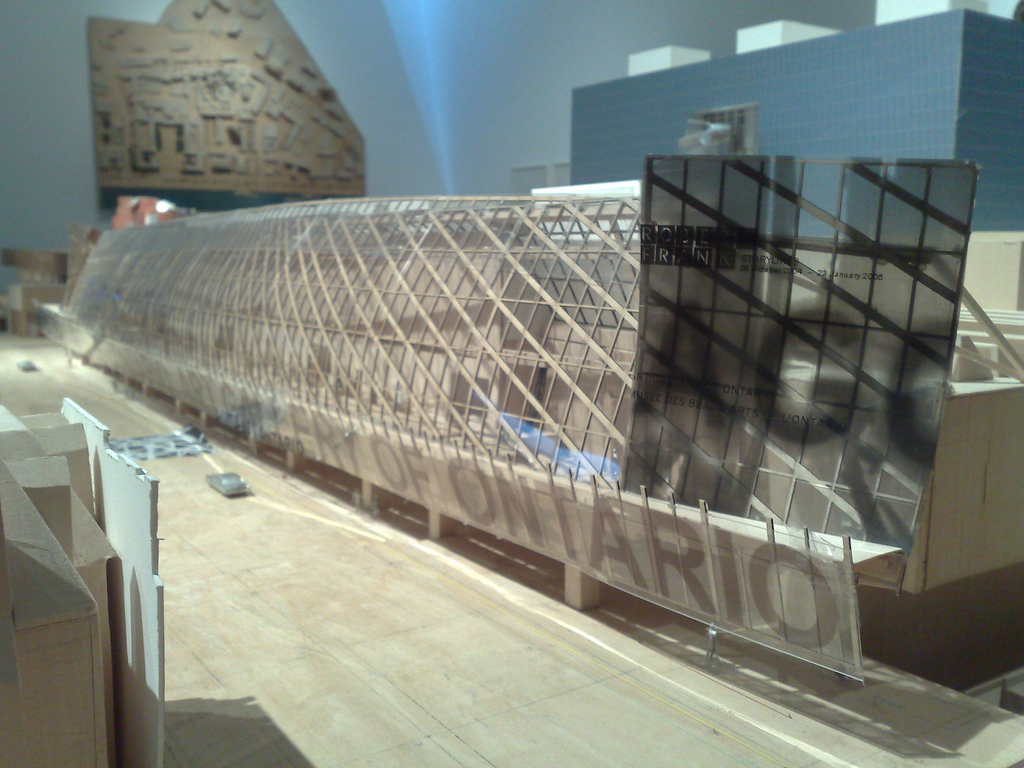 We finished our visit to Vitra back where we started, in VitraHaus, experiencing the unattainable furniture. Although each of the buildings at Vitra is interesting, VitraHaus is perhaps the most impressive and most functional: its soaring, light-filled spaces are a perfect showcase for Vitra’s products. 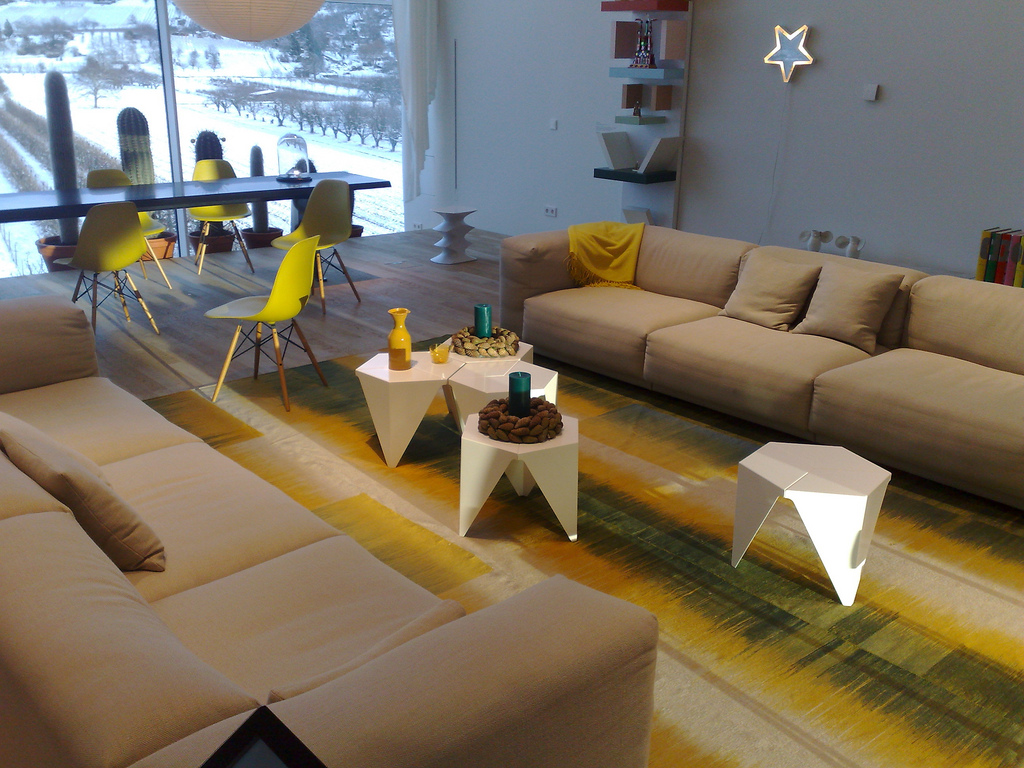 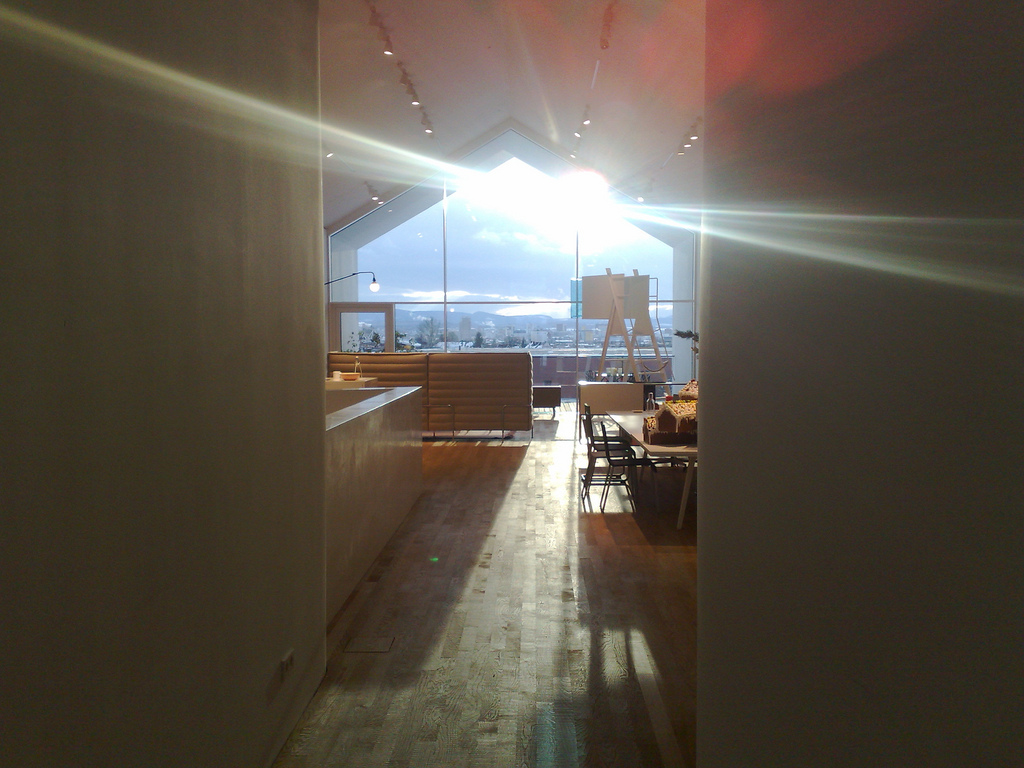 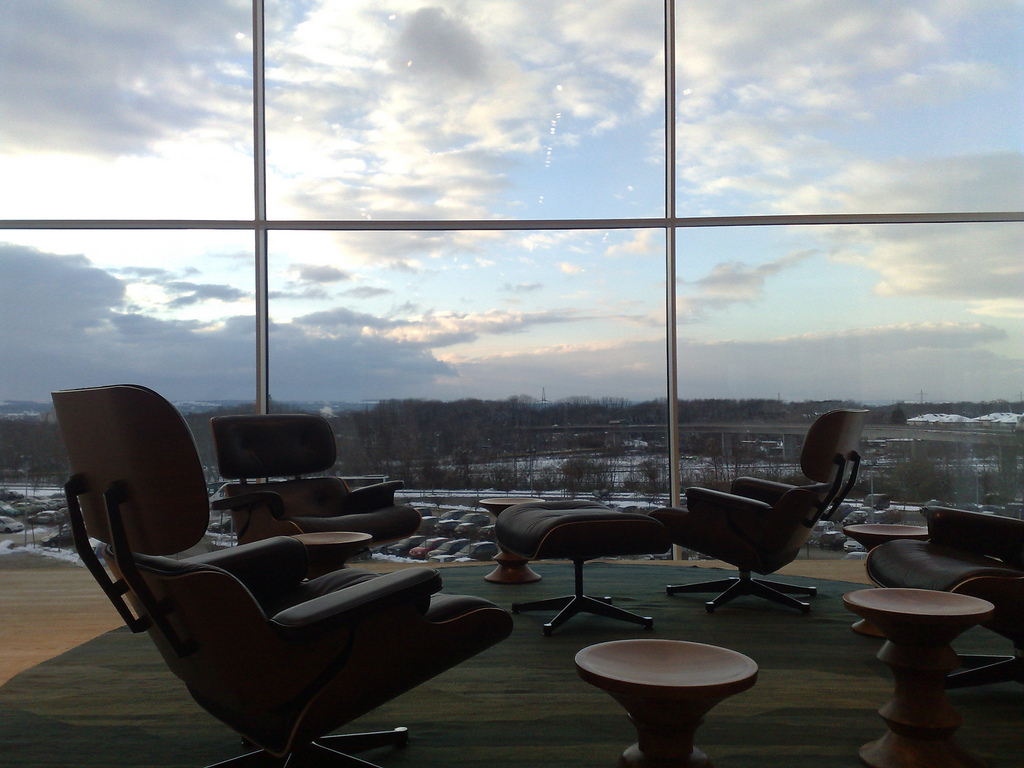 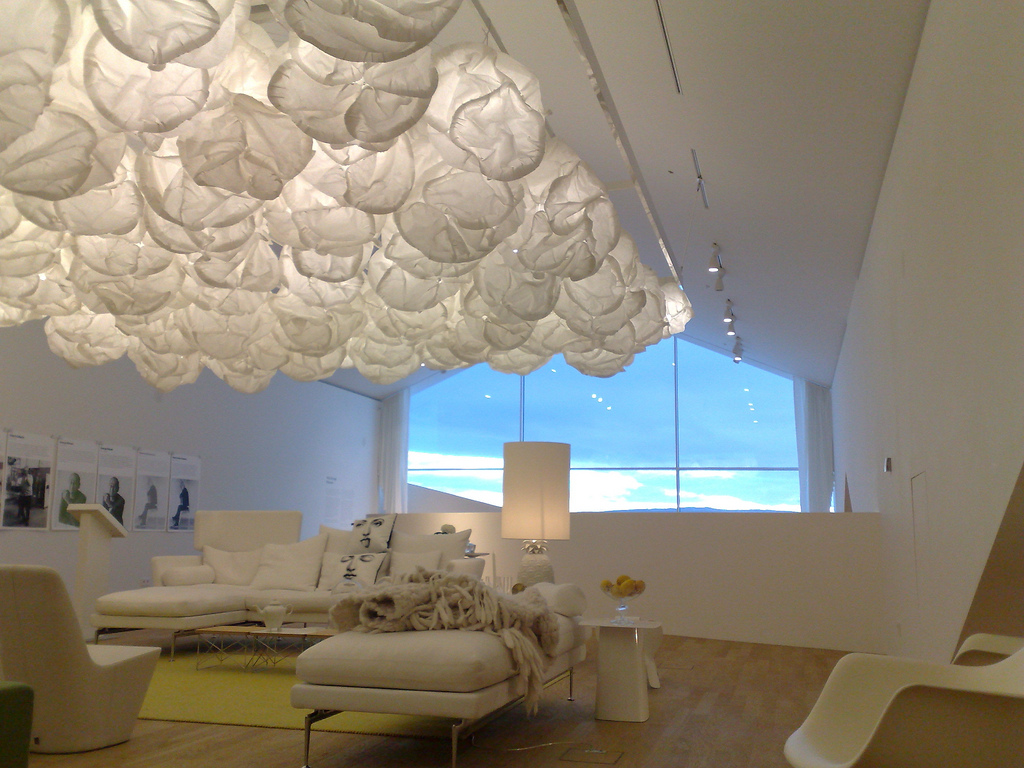 We finished up with a quick run through the Design Museum gift shop (filled with slightly-more-attainable smaller items) and then it was off into the twilight to catch the bus back to Basel. 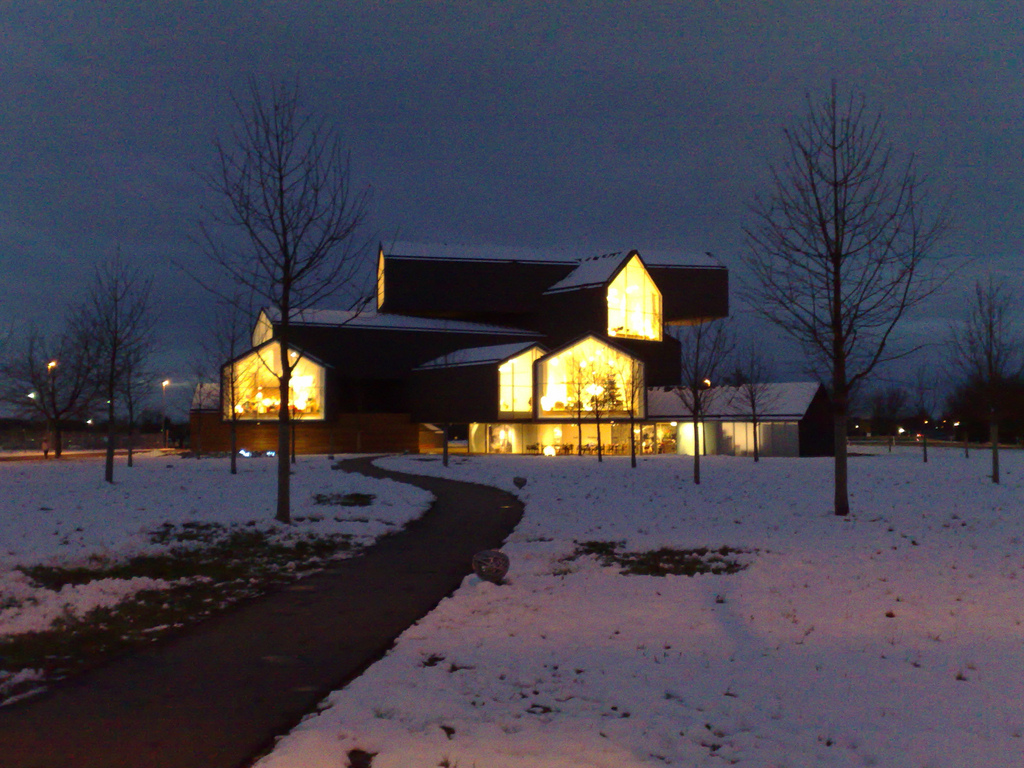 Looks like http://www.vitra.com is required (the link is to http://vitra.com)
Heaven forbid someone should try using Gopher to visit their site :-(

I love the post trip replay via blog. Always a great pleasure to read. Great photos too. Tadao Ando is one of my favorite architects so extra nice to see pics of his work.