I borrowed the third volume of Anaïs Nin’s diaries, on interlibrary loan, from the public library; it covers the period 1939 to 1944 in New York City, a period where, in part, she and Gonzalo Moré ran a print shop. Early in the book is this passage about confronting social life in New York City after years in Paris; it seemed only appropriate to give a go and print the passage on my letterpress.

Here’s an early draft pulled from the roughly-set type; still pondering the best way to justify this before printing. 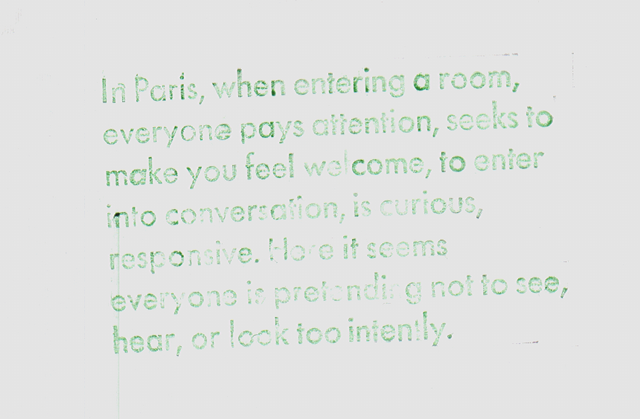 The faces reveal no interest, no responsiveness.

Unfortunately, in the 24 pt. Futura I’ve set this in, I needed 23 lower-case letter o and I only had 22. So I had to stop short. Perhaps I’ll set that sentence later, in an uninteresting nonresponsive colour.