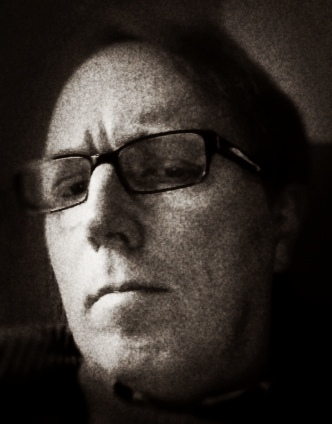 Oliver and I are hopping on a jet plane tomorrow and herding up to Ontario for a week, leaving Catherine with the Christmas gift of an uninterrupted week in her studio, free from fetters of family to work 24/7 on her art. And so I’m powering down the Charlottetown operation for 2012 and, missing the opportunity to digitally dwell on 2012 that this week would otherwise afford, here’s the year in review.

Oliver is in his last year, grade 6, at Prince Street School this year. His teacher, Jo-Ann Parsons, has been a dream to work with, yet another in the lucky string of “every year Oliver gets the teacher he needs” we’ve experienced at Prince Street. He’s been singing in the choir, going to after-school drama with the indominable Ruth Lacey, and had a part (“the old man”) in the school Christmas play. We still go to the Farmer’s Market every Saturday morning, as we have since time began, eating our smoked salmon bagels and drinking coffee (me) and smoothie (Oliver). Our bedtime stories have migrated to the fantastical this year, moving from The Steps Across the Water by Adam Gopnik to The Magic Thief by Sarah Prineas and now the Septimus Heap series by Angie Sage (all of which came from the excellent and invaluable Woozles Children’s Bookstore in Halifax).

Catherine, meanwhile, has had a creative year in the studio, continuing work on her expansive series of work on the land and water of Prince Edward Island; she has plans for a gallery show in the new year (hence the aforementioned need for an uninterrupted week of work). She took a “break” from all this over the summer with her collaboration with her studio-mate Lori Joy Smith for Art in the Open.

Catherine and Oliver continue to be the brighest and most important stars in my constellation, and often, in quiet moments, I ask myself how I was so lucky to have found such a wonderful partner and to have ended up with a son who constantly delights me with his humour, challenges, and insights. 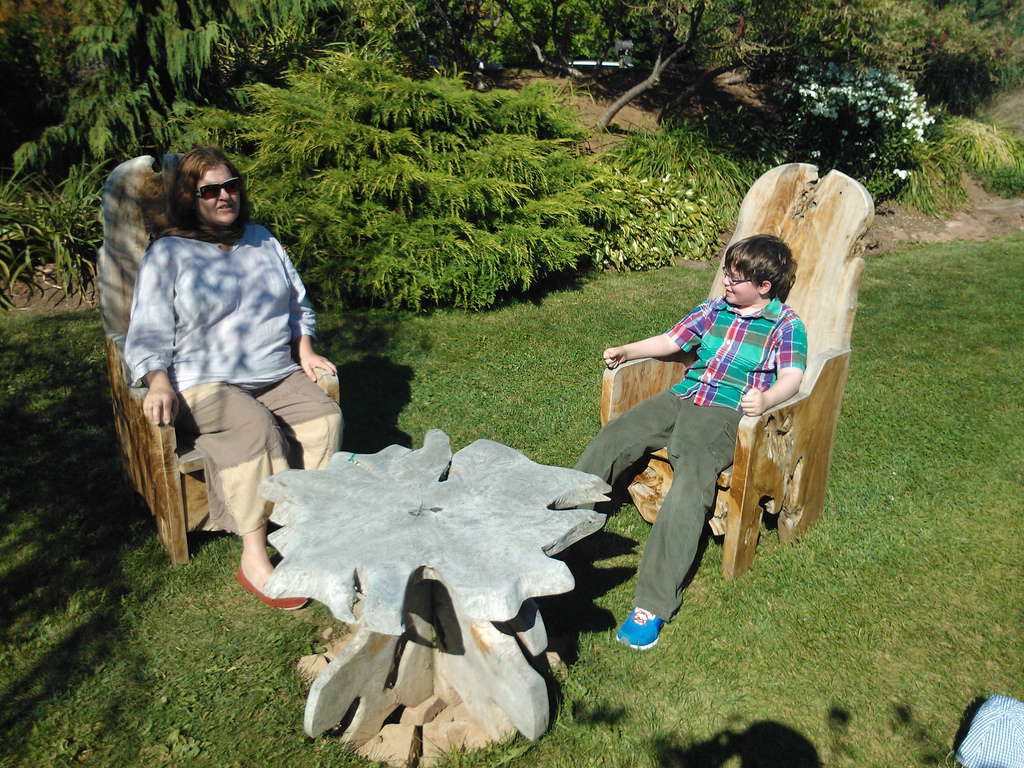 Otherwise, our 100 Prince Street family has, at least temporarily, expanded by one more, as my Ukrainian cousin Sergey has been living with us for the past month while he’s been looking for work, with hopes of relocating to Canada (if you’re looking for a talented jack-of-all-trades with expertise in welding and fabrication, construction and vehicle repair, drop me a line). Sergey’s been teaching us Ukrainian, cooking us Ukrainian food and we’ve been buttressing his English, and cooking him Canadian food. He’s been a welcome addition to our mix.

Extended-family-wise, we had a nice visit with Catherine’s parents this fall: they took the train to Moncton where we picked them up and drove on to Halifax for the weekend, returning to Charlottetown for a week. And, the month before, we were descended upon, in a great and secret surprise project, by all of my brothers and their partners, along with my parents, to celebrate the 40th anniversary of my brothers Johnny and Steve. We now sit a table of 15, taking us beyond Waltons levels. It was a great event.

Oh, and I would be remiss if I didn’t mention G. here, although he would run quickly from any hint that I would do so. He’s a good friend and neighbour and an everpresent part of our lives, as close to being family as one can come without the family part.

I travelled south to New Hampshire to work with my colleagues at Yankee only twice this year, once in February and again in October; while it’s still an important part of our working relationship, face-to-face visits are less vital these days as we’ve got remote-working down to a science, using a combination of Trac, Subversion, email, telephone and weekly Google+ Hangouts to work together throughout the year.

Over March school break Catherine, Oliver and I travelled south to St. Petersburg, Florida to visit my vacationing parents for a week. Florida has never been high on my list of places I must visit, but the pleasures of spending time with family and, I must admit, the pleasures of being in a warm snowless climate for a week in the middle of the winter, made it all worth it. And, of course, there’s the Waffle House, which I love dearly.

The highlight of the travel year, though, was my mid-summer solo trip to Europe, a trip wherein I stayed in a welcoming collection of spare rooms of good friends, shared many good meals, got in a quick 3-day stay in Berlin, and ended up with an 8 day trip visiting family in Ukraine, my first visit there, and my first meeting with my long-lost Ukrainian family in my great-grandfather’s home village. It was a thoroughly enjoyable trip in all respects.

Outside of this week’s trip, I have no travels planned for 2013, but, if history is a guide, that won’t last long. If we can abide missing a few days of school, we might knit together March school break with the long Easter weekend the week after to make a 2-week long travel window for Oliver and I to return to our annual father-and-son-see-the-world tradition. And OHM2013 in the Netherlands in the summer looks plenty fun.

Looking at the 782 tags I applied to posts, my obsessions become clearer: 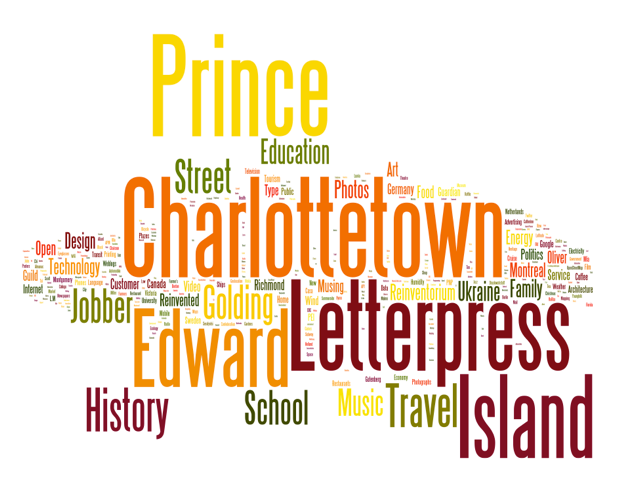 Letterpress printing has continued to be at the emotional heart of my work life this year: with the move in January to the Reinventorium the digital and analog parts of my work came under the same roof, with the office upstairs on the second floor of The Guild and the Golding Jobber No. 8 in the basement studio. It’s still something of a slog to shuttle type and paper from upstairs to downstairs between setting and printing, but two flights of stairs is a lot easier to manage than 3 city blocks in the cold and snow.

I never get as much time in the print shop as I’d like — digital work as habit of consuming all available time — but I’ve managed to scratch out some time, and was able to execute some satisfying projects: The Island Hymn, Obligation to Explain, gift certificates for Casa Mia, cards for Youngfolk & The Kettle Black, and a set of notebooks.

There’s still so much to learn about the trade, and it continues to intrigue and entrance me.

I held two workshop events in the letterpress shop this year: in August it was Type in the Open, a sort of public open house, and then, in October, I hosted a class from Birchwood Intermediate School. Both were a lot of fun and I hope to do more.

This month we signed a new contract with Yankee Publishing, continuing into our 17th year working with them. Our work with Yankee on Almanac.com, YankeeMagazine.com has become very focused on making Drupal do new and interesting things, and while this is occasionally infuriating, it’s also often rather satisfying; our work this fall has focused on ecommerce-related projects (you are shopping it the Almanac and Yankee online stores, right!). Under the hood we’ve become masters of Amazon Web Services and have plumbed the depths of all its acronymic services (EC2, EBS, RDS, ELB, SES, S3) and I’ve finally made the transition to thinking about servers as emphemeral resources rather than pieces of hardware (a hard transition for someone used to have his hands on the iron). We’ve also been developing iOS and Android apps for Yankee — a nice collection of simple “of the day” apps for The Old Farmer’s Almanac and a refinement of the “Leaf Peepr” app for foliage reporting for YankeeFoliage.com.

While our work with Yankee takes up most of our time, I’ve enjoyed the opportunity to engage in some other projects, both paying and not: we’ve done a series of projects with my friend Ton in the Netherlands related to his open data work and various content management systems, we helped the PEI Home and School Federation recast its web presence in Drupal, and we’re working with Provincial Command of the Royal Canadian Legion on a similar project.

My two-year term as Secretary to the PEI Home and School Federation ends this spring; that work, along with my work locally as President of the Prince Street Home and School, has been engaging in a way I never thought possible. Public education is filled with passionate people who care about learning and citizenship, and home and school work, while occasionally straying into matters of policy, is most firmly grounded in practical projects. The personal highlight of my home and school work this year has been the planning and implementation of the TeacherNet wireless pilot project at Prince Street; I’ve become good friends with my coconspirator Ken Williams along the way, and I hope the TeacherNet model inspires other school technology projects in 2013.

My term as President of the L.M. Montgomery Land Trust ended in May, but I continue to be a member of the board of directors; the Trust is in good hands with Bill Bishop stepping up to be President and Martha Ellis working as our Executive Director. There’s still so much work to be done to preserve coastal agricultural lands from development in the Trust’s area of interest, but we’ve made some good headway this year, raising funds and spreading the word about what we’re up to.

In the spirit of Feltron, here’s a statistical round-up:

Best wishes to all for a healthy and productive 2013.

If you’re around Ottawa feel free to drop me line, maybe we can meet up. I’d love to meet Oliver. I’ve also written a book and published it via Lulu the link is here: http://www.lulu.com/shop/lisa-…

If you and Oliver are in the Ottawa area sometime, give us a call. My parents and I would be thrilled to see you again and meet Oliver for the first time.

Have you ever tried Ukrainian food? It is both healthy and very tasty. I strongly recommend you taste local food while your Ukraine vacation. In case you are not going to visit this Eastern Europe country, you can discover more about Ukrainian food in Ukraine travel guide  then look for online recipes and try to cook it at your home.