Business of the Year

Taylor’s Taters at the Charlottetown Farmer’s Market. You’ll never find a nicer couple of people to buy your potatoes and carrots from, and they have been unfailingly kind to Oliver over the years. This is their last year at the Market, so visit while you still can.

New Business of the Year

It’s gotta be Leonhard’s Café and Bakery in Charlottetown: excellent service, very good soups, and real bread. It seems that, if anything, they dramatically underestimated how popular they would become and as a result it’s almost impossible to find a table for lunch.

Riding the water slide at the Laugardalslaug public pool in Reykjavik. Perhaps the funnest thing I’ve done this decade. (Is funnest actually a word?)

Reading Oliver a bedtime story. We started the year by finishing off the Narnia books and are now making our way through the City of Ember series, with Inkheart queued up behind.

The only drama I consistently look forward to is The Unit on CBS. It’s about guns and wars and bravado, which wouldn’t usually pull me in. But it was created and is executive produced by David Mamet and its dialogue is very much in the rapid-fire poetry Mamet style. Honourable mentions for Law & Order and ER, both tired old series that have had new life breathed into them this year.

The Office. Honourable mention for 30 Rock. Are there other sitcoms?

My good friend John Pierce’s untimely death in April. I still think of him every day.

Night of Most Alcohol Consumption

Midsommarafton in Malmö with Olle and Luisa and friends. A great night, fuelled by schnapps and pickled herring and much merriment. First time in a long time that I went to sleep after the sunrise.

I’ve Loved you So Long.

Zap Your PRAM was amazing. Honourable mention for reboot.

Dinner at Lot 30 with Olle, Luisa and Catherine in October.

Other than my discovery that (good) coffee is a lot better if you leave out the sugar, Club-Mate was an unexpected discovery, thanks to Tils in Berlin. It’s hard to describe, but I acquired the acquired taste.

Plazes Poetry still delights me. Oh, and the OpenCorporations experience was fun.

Flourless Chocolate Cake at Just Us Girls in Charlottetown.

Istanbul (now that I’ve found you can take the train from London), Bangkok (to catch up with my friend Steve), Norway (because my friend Henriette says I should and because I’m not entirely sure it actually exists). Tajikistan. The Faroe Islands. And maybe parts of Africa and India, because I’m afraid to visit them, and you should always visit the places you’re most afraid to visit.

Walking Oliver to school every morning, then walking to Casa Mia for coffee, to the office for work, and then back home at the end of the day saw me walking 500 km in total over the year, give or take.

In late September we spent a week in Iceland. Late one afternoon we drove into Þingvellir, the site of the Icelandic parliament from 930 until 1798, and also the site of a rather dramatic geologic rift. The sky was overcast. We parked the car and walked up the path to the Law Rock; halfway there the heavens opened up with rain and in 5 minutes we were all soaked to the skin. As quickly as it started the rain passed, and everywhere you looked there were rainbows. A magical happenstance in a magical place. 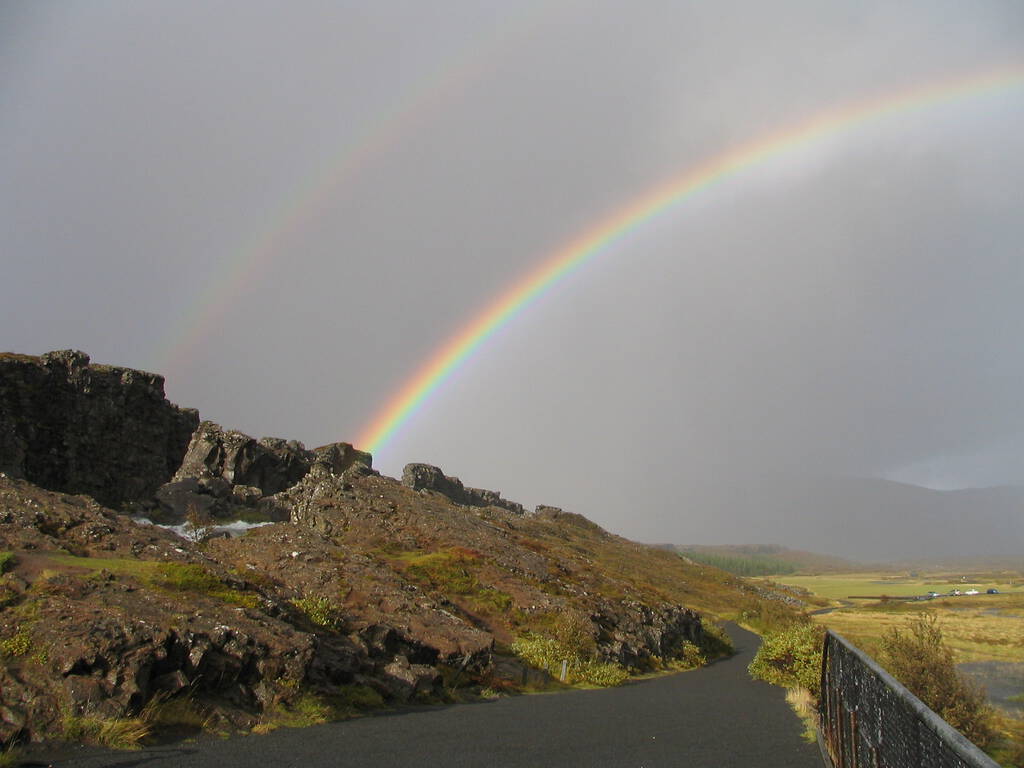 The curious can catch I’ve Loved You So Long at City Cinema January 23 — 27. Happy New Year!!!

I stopped at Leonhard’s for a sandwich at 2pm earlier this week and they had no bread. A bakery that runs out of bread halfway through the day has indeed underestimated their popularity. The soup was excellent though.