I’ve spent hundreds of hours in the Union Bank Building at the corner of Great George and Richmond in Charlottetown; it’s one of my favourite buildings in the city, and although I haven’t been inside in several years, I still walk by it, to and from work, at least twice a day.

When I first moved to the Island in 1993 the building was home to the PEI Council of the Arts. And so my first step inside the door was to drop off an arts funding application (it wasn’t accepted; if memory serves the project was called Mobile Logic Welders; I cannot recall anything other than that title).

Later in the 1990s, when I first started working with Elections PEI, its offices were on the second floor (except during general elections, when they temporarily moved downstairs), and I spent many hours plotting elections websites (and maps and lists and databases) on both floors; several years later the offices moved downstairs permanently, and the servers we were then maintaining moved into the d two-level bank vault in the back corner of the first floor. In later years, once the need for a large public site on election night was obviated by the Internet, all of the election action happened in this building too: a lot of election results flowed through my fingers as they came in from the 27 electoral districts over the phone and got entered into our digital system.

But that’s not all.

For a time the IslandCam was based in the fourth-floor “crow’s nest” of the building, pointed at Province House across the street; because it was a flaky system strung together with masking tape and baling wire (and an Apple QuickTake camera), I spent a lot of time in that crow’s nest fiddling.

And, years later, when I was involved in a project to put the statutes and regulations of the province online, Leona Nicholson’s door, at the Legislative Counsel’s Office, was a regular stop.

The building will forever be “180 Richmond” in my mind, because that was the door that I used during the early years; the other door, the front door to Elections PEI once it moved downstairs, was “94 Great George,” but I never completely embraced that address.

I sat on a picnic bench tonight and sketched the building and saw things I hadn’t noticed before despite my intimacy with the building over the years; that’s one of the joys of putting pen to paper. 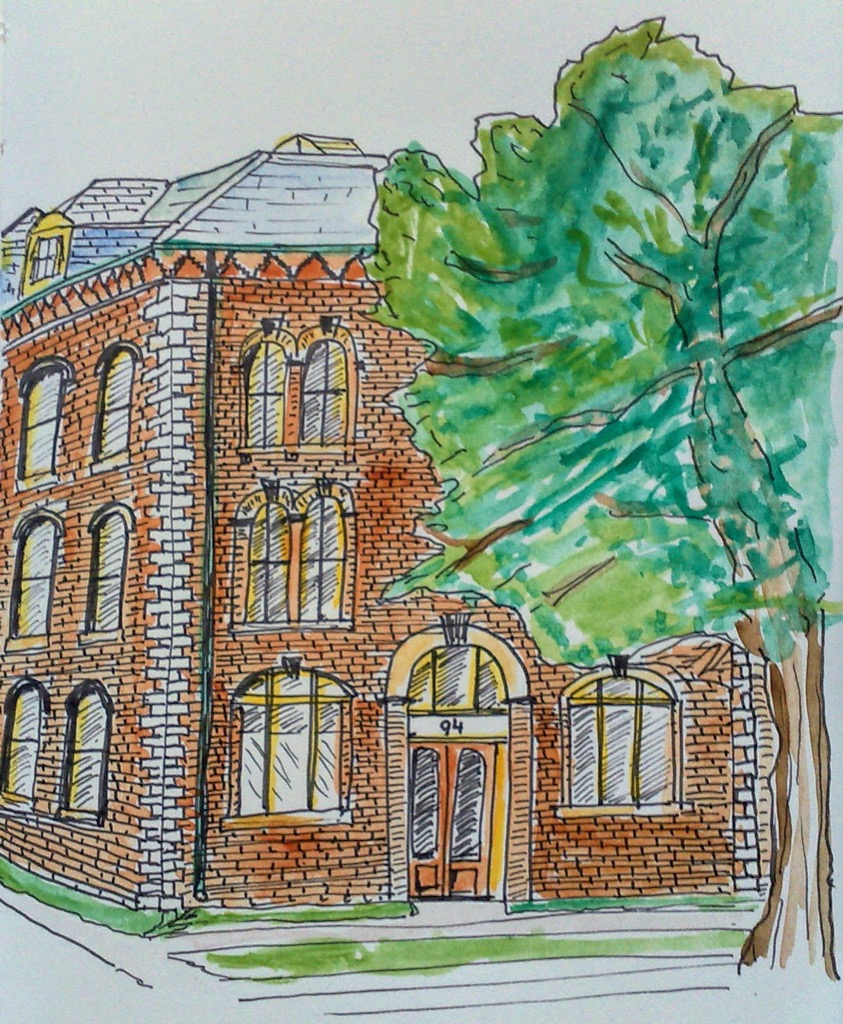