While looking through the collection of old videotapes in the collection of the Robertson Library at UPEI yesterday I came across and 1986 profile of Old Home Week reported by Scott Russell.  Part of the profile included an interview with a young Kevin “Boomer” Gallant:

Here, 23 years later, is slightly-older Boomer Gallant, in a full-page newspaper ad for Compass that appeared in today’s Guardian: 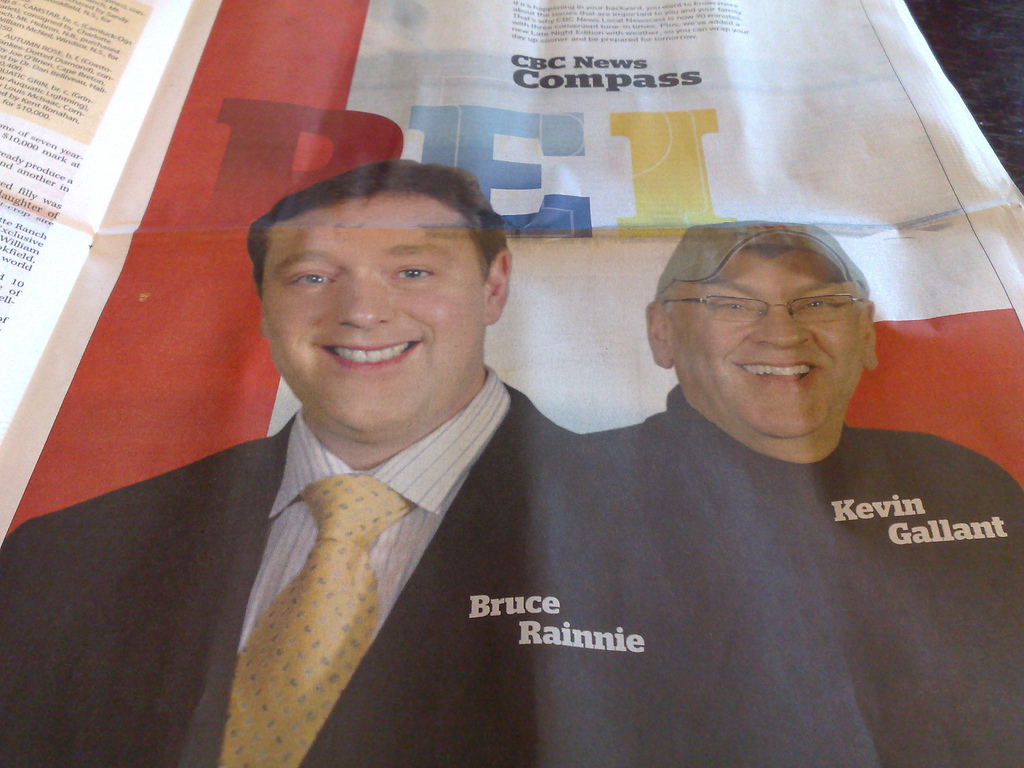 Update: The original UPEI cataloging record for the videotape listed it as being from 1976. When it turned out that Scott Russell would have been 18 years old if this were in fact the date – something helpful readers pointed out – Simon Lloyd at the Robertson Library dug further and found the date was incorrect: it was a 1986 profile.  I’ve updated the post accordingly.

How old is Scott Russell? That report was prepared when I was 3 years old. I always sort of thought he was only a few years older than me?

Scott Russell was born in 1958, says Wikipedia.&#160 The CBC videotape was labeled 1976, so I’m assuming that was the year it was shot, but that date could be wrong.

Here’s the UPEI&#160cataloging record for the item with the 1976 date.&#160 Can someone ask Boomer or Scott Russell what the real date is?

Thanks, Peter, for sharing your Collaboratory explorations. The 1976 date on the catalogue record was an error, and has been fixed (Ann Thurlow’s surmise was correct: I suspected from the clothes, hair, and vehicles that it was mid/late 1980s, and when I watched a bit of the tape, Russell soon mentioned “the 1986 Gold Cup and Saucer”). Thank you for defending our cataloguing/labelling, Peter, but I’m afraid it misled you this time. Sorry for the confusion.

Y’know what would be really neat? If there was a similar bit of tape (and it probably doesn’t exist) with Ed Watters (Waters?). Even Boomer will tell you that Ed was the best track announcer ever (hard to beat boomer though). I wonder what happened to him, if he was still around he have to be in his 90s.

Thank you Simon. I’ve updated the post with the new date.

I discovered this late and quite randomly, but note that there is 23 years difference between the video interview and the print ad. The “33 years” is no doubt from the original post and incorrect year.