Oliver is taking Global Issues this semester at Colonel Gray, and to start things off the class talked a lot about the United Nations.

This prompted me to read the Universal Declaration of Human Rights for the first time, and, by way of helping to commit it to memory, to start to set and print portions of it.

Here’s the result of the first effort: the first sentence of Article 1, “All human beings are born free and equal in dignity and rights.” 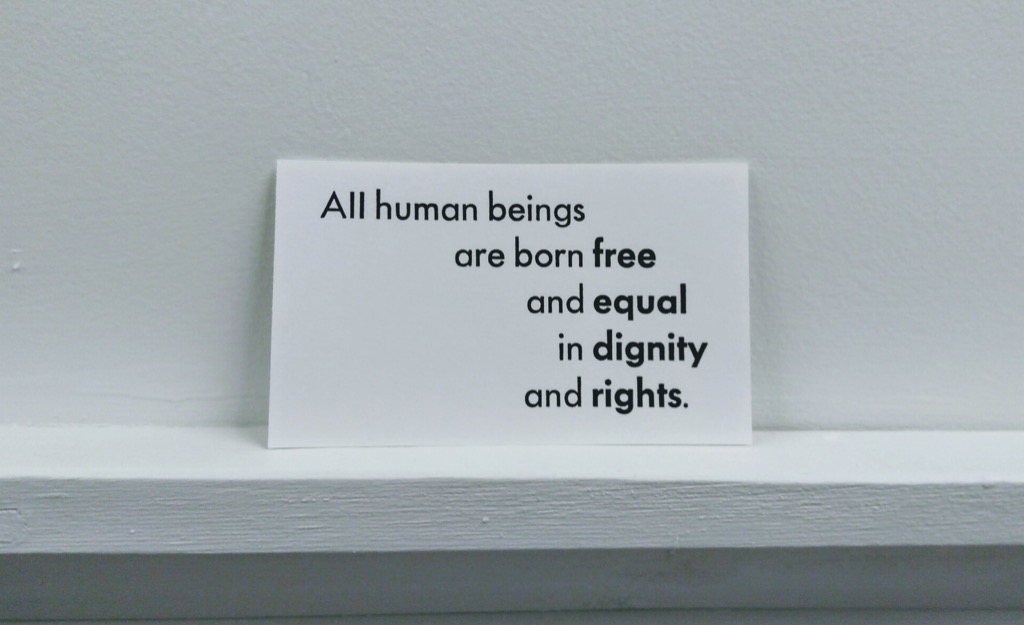 It’s set in a mixture of 30 point Futura Regular and Bold, and printed in black ink on standard white index cards.

It turned out, despite its simplicity and brevity, to be a bear of a passage to print, as there wasn’t anywhere particularly convenient to tuck the tongues of the gauge pins, so I had to improvise. But I persevered, and managed to print 100 copies. I’m going to try to print the title, in something resembling United Nations Blue, as a next step. Which will be my first attempt at mixing colours.

Ah yes article one, a beautiful concept many still do not understand.

I recently read the book "The Boy who was Bullied" with Roisin. I had previously not known the maritime connection of John Humphrey from Hampton, New Brunswick to the Declaration of Human Rights.

I would love a copy of this print.

In the mail to you today.