Ever since the Anne of Green Gables license plate was released in 1993 there were rumours about how it reflected a “half-finished” design. 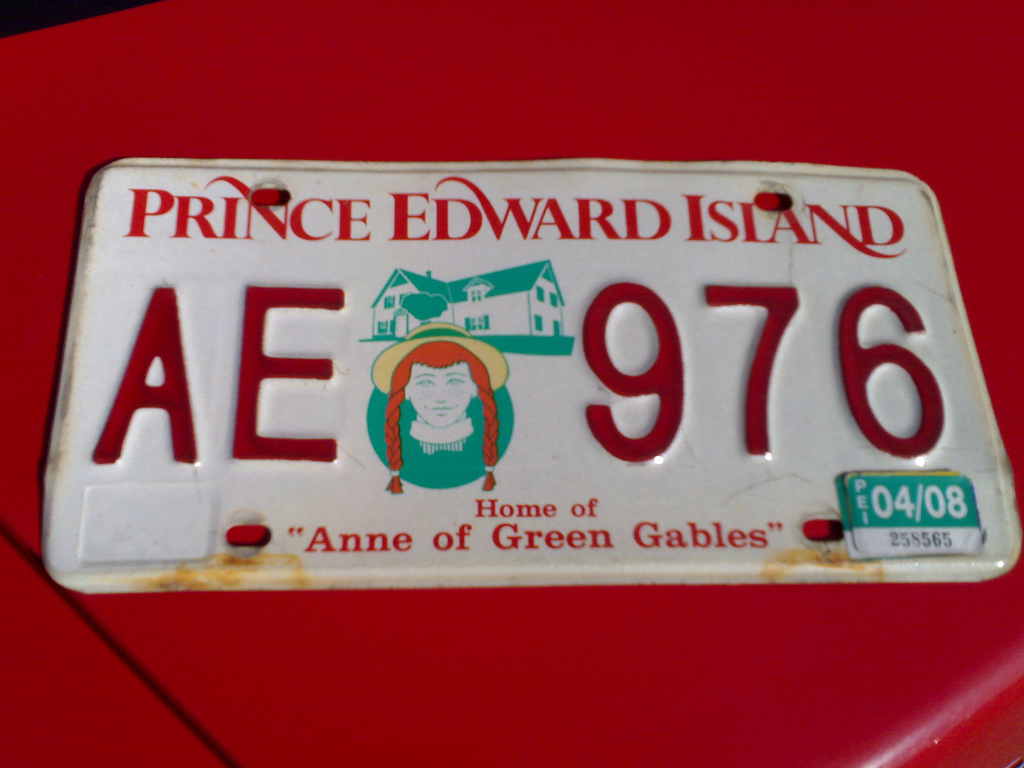 Now that both my version thereof and the plate’s putative designer Baxter Ramsay have retired, I decided to get to the bottom of the story, and sent off an inquiry to Baxter last week. Here’s his reply:

This is very true. I was asked to come up with some designs for a new plate, Anne, Bridge, Government House, Province House… The most favored pick (at my office) was the Bridge Plate. The next time I saw the Anne Plate it was done on a metal plate and all the mistakes were still there: her hair curls were wrong, door on the house in the wrong place along with the windows trees etc… I just did a fast sketch on ink and from memory (which was not very good) and sent it to motor vehicle. I said if it was to be used it needed to be corrected and made to fill in the plate more… Well what you see is what we got…

So it appears the rumours were right. Apologies to Baxter for blaming him all these years for something that wasn’t his fault ;-)

Word on the street: Baxter will be on CBC’s Island Morning tomorrow talking about this.

The radio piece aired this morning. Baxter did a good job.