Back in 1983 and 1984, the centre of my universe was a little Commodore 64 computer. If you were a member of the C-64 religion and you lived within 100 miles of Toronto, then the church you prayed at was TPUG — the Toronto PET Users Group. PET because Commodore’s first computer was the PET, or “Personal Electronic Transactor” (product positioning was never Commodore’s strong suit). 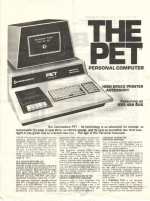 Although my first computer, purchased new for $550, was a Radio Shack TRS-80 Model I, my Commodore 64 was my first computer with a colour screen, a printer, and a keyboard that let you type in both upper and lower case. For its time, it was a pretty cool little machine.

Every month a bunch of the more geekly fellows from Waterdown District High School would get in a car and drive to Oakville to attend the monthly TPUG meeting. There we’d assemble with a bunch of uber-geeks from all around Toronto and listen to talks about assembly language and the like. Refreshments were served.

One of the guys from TPUG who I found really interesting was a guy named Dave Williams. He was a great speaker, and was really kind and helpful to young guys like me. 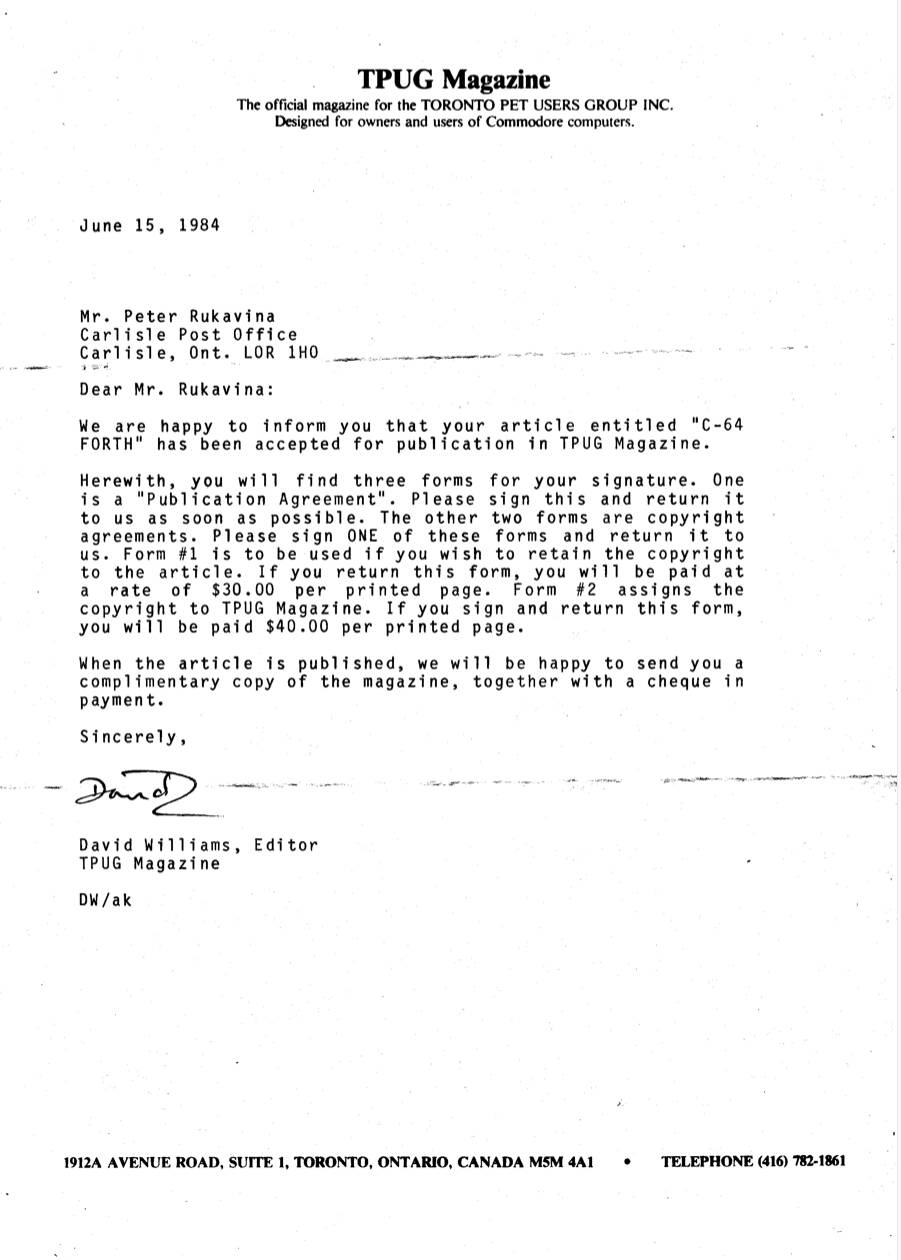 Dave was the editor of TPUG Magazine, the party organ, and he gave me my first freelance writing job: a review of a new version of the FORTH computer language that was just then available for the Commodore 64. Somewhere around here I have the actual article, but pictured at right is my letter of offer [PDF, 64KB]. If I remember correctly, the article was a page long, and I signed over copyright to them, so I received a grand total of $40.

I can’t say that those felt like crazy, heady days: I don’t remember anyone talking about computer revolutions or anything. This was mostly pre-BBS, pre-modem, and way, way, pre-Internet. The best reason, beyond pure hobbiest joy, that anyone could come up with for having a computer in your house was that you could file your recipes on it. However I never actually heard of anyone doing this.

More than anything else, though, going to those TPUG meetings, and hanging out with adults and getting published in a magazine was an incredible boost my teenage self-confidence. I learned that if you share a curiosity with someone, you can engage them in conversation, even if they were otherwise a lofty, important, seemingly unapproachable person. Good life lessons, and those often lost in the “War Games” stereotyping of those days.

TPUG is still around, but their website makes it pretty clear that they’re on the waning margins of the computer world now, not at its centre. Maybe I should take out a membership for old time’s sake.

I was a twelve-year old when you went to the TPUG meetings and assumed it was some sort of top-secret intelligence gathering organization.

As it did not involve me at the time, I have no recollection of your attending these meetings…

how many of us are there!?

Just to say I just found this. Hope to be at the next meeting, April 2007.

I was at the April, 2007, meeting and found the demonstrations (2) interesting. I will be at the May meeting, too. Keep well!