These signs, found on utility poles across Prince Edward Island, are so wonderful. They’re designed to weather the elements, to be obvious, and to never wear out. 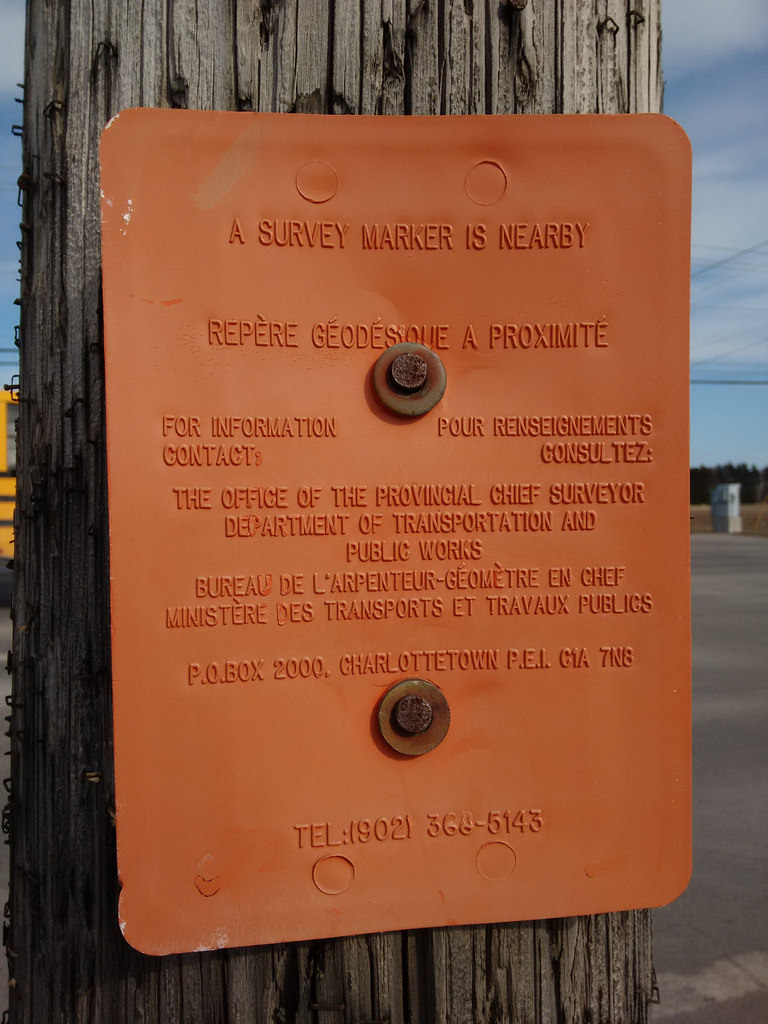 There are 4,746 survey monuments in total on Prince Edward Island  The Province has a page that describes their role:

Prince Edward Island’s survey control network is made up of about 4000 stations placed in strategic locations throughout the province. Each station typically consists of an inscribed brass cap placed on top of a concrete pillar buried to ground level with a sign post located about 1 metre away. This network of stations provides security of land tenure for all Islanders. For more than 30 years, land surveyors have referenced their surveys to these stations to ensure that property boundary markers found or placed are accurately recorded on a plane mapping surface and can be relocated with great certainty should these marks become lost or disturbed.

You can download a GIS file of all of them if you’re interested. You don’t even need a coastline file to view the monuments, as they describe the Island pretty much by their collective footprint: 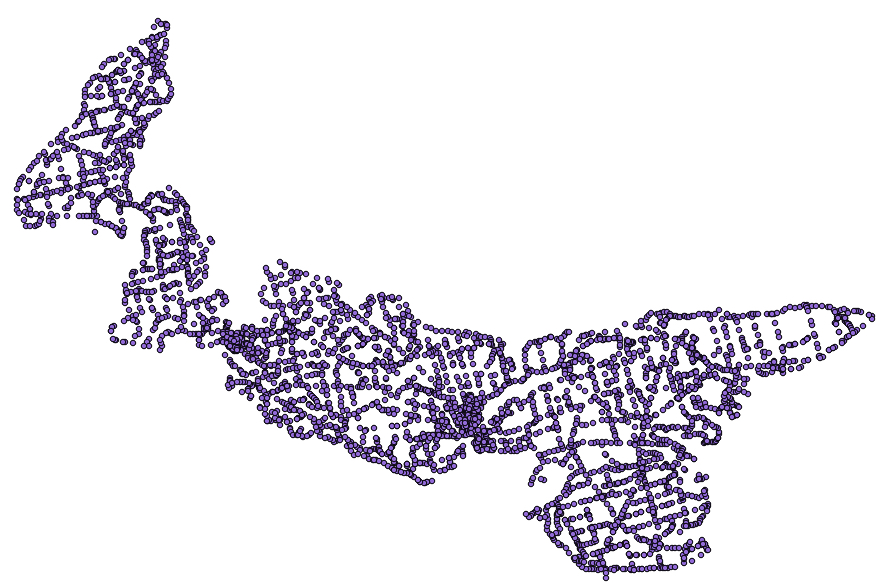 And, sure enough, right on the map where the sign was found, at the corner of University Ave. and Belvedere, there’s a marker: 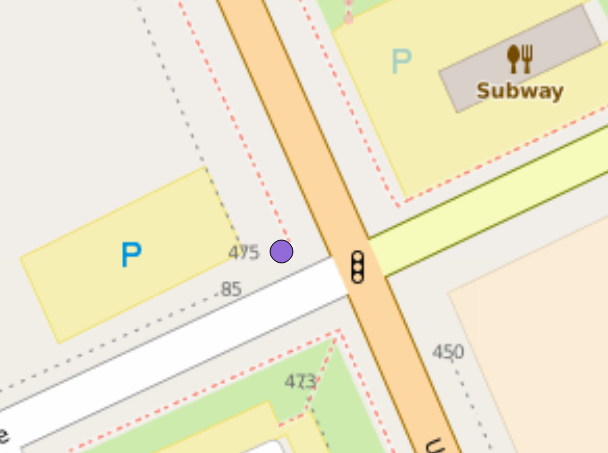 Turns out that it’s monument number 2944, which has a web page all its own. That page includes a sketch of the monument’s location, and that sketch is stamped with a big DESTROYED: 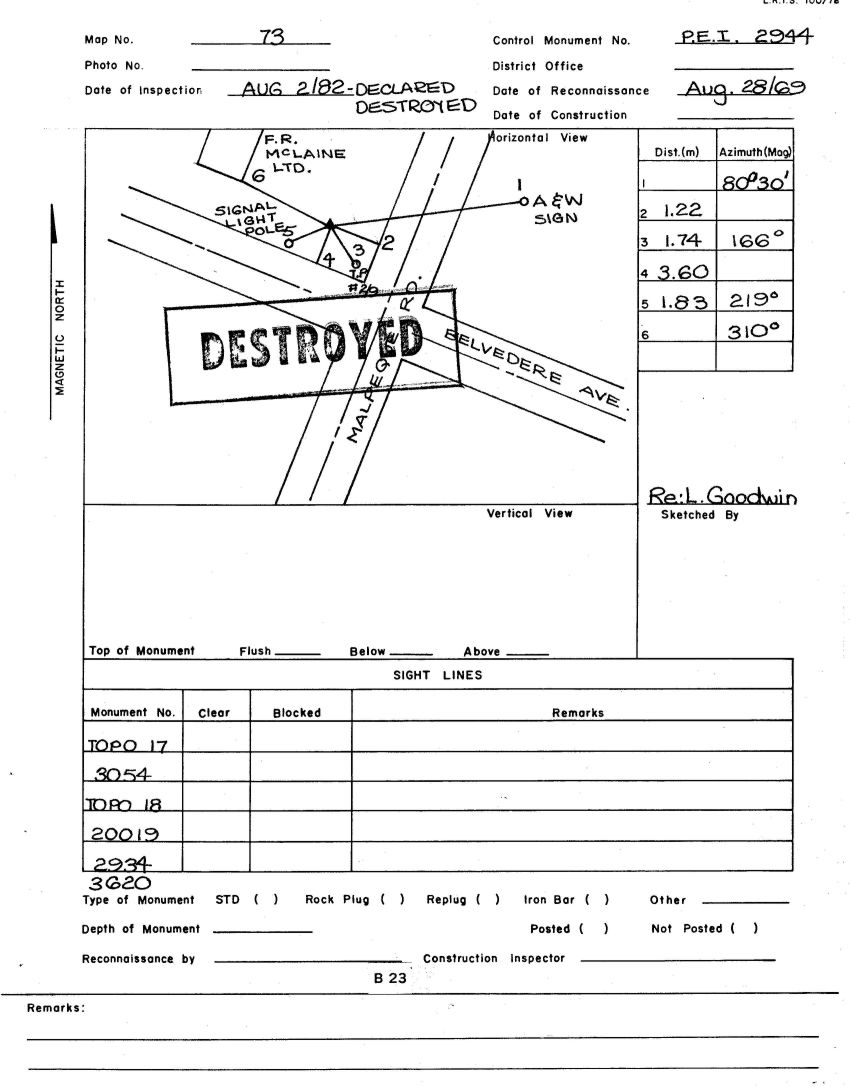 So while the signs might be wonderful, they are also, it seems, sometimes inaccurate.

The printing on the sketches is wonderful too, by the way: it’s almost worthwhile enough to consider becoming trained as a surveyor simply for the printing improvement it would bring.

Postscript: when you call the number on the orange survey monument sign, you are calling the Chief Surveyor themselves. This is Prince Edward Island, after all.

I’ve confirmed with the Chief Surveyor that: