I took delivery on Friday of a Anker Astro2 Dual USB Output 8400mAh External Battery, ordered a few days earlier from Amazon.ca. It’s a box about the size of a 1994 mobile phone with two full-size USB ports capable of powering portable devices, like an iPad or a phone or, in my case, a PirateBox. Tests by others suggest it will keep my PirateBox going for 19 hours; I’ve been running it for 8 hours and its battery is at 75%, so signs are that could be true.

Here’s what PirateBox + external battery looks like (I zip-tied them together to mitigate the possibility of them becoming detached from each other): 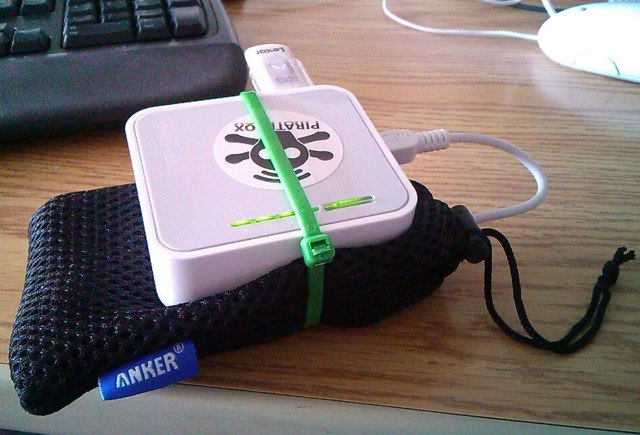 I put the combined “Portable PirateBox” into my new Pod Sling Pack; it added something akin to the weight of a short hardback book to the pack, and I didn’t really notice it was there. Then Oliver and I headed out on the town.

Our first stop was Youngfolk & the Kettle Black where we dined on lobster roll and grilled cheese and happenstancely ran into Dan and Becky. So Dan got a chance to take the box for a ride, uploading a photo of their dog: 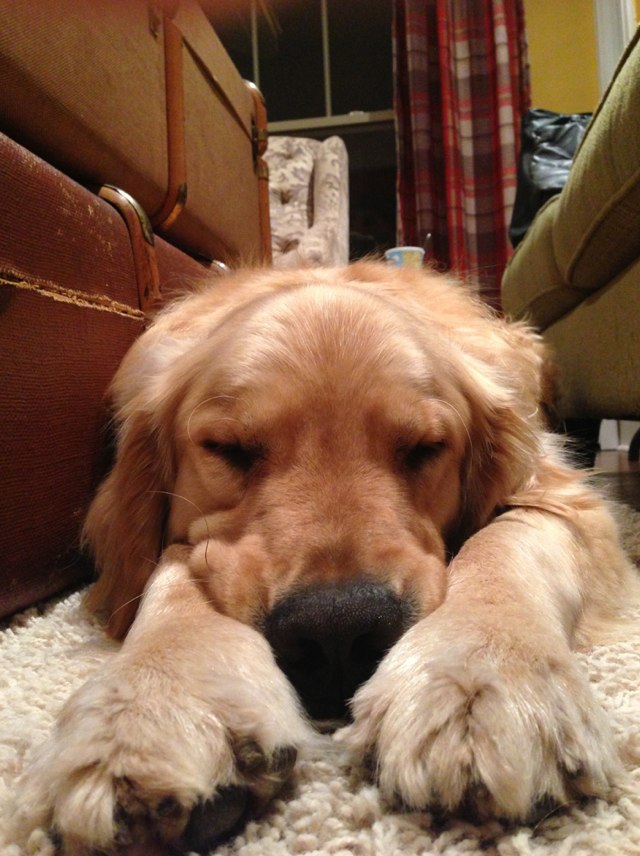 As I needed some office supplies, our next stop was Staples, where we had great fun switching the store’s tablets and PCs (temporarily – we’re not evil) to use the PirateBox for wifi, and then experimenting with their “select a file and upload” capabilities.  We grabbed an MP3, made a video, made a podcast and took lots of crazy pictures. 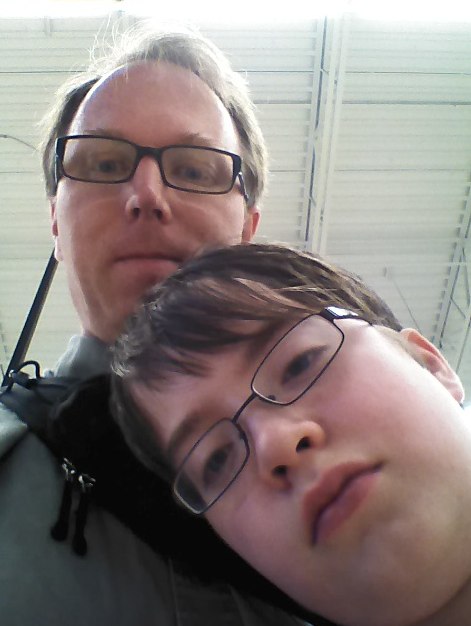 Everything we made we uploaded to the PirateBox on my back.

Finally we ended up at Robertson Library at the University of PEI where I scanned the microfiche of an 1818 pamphlet called A Description of Prince Edward Island in the Gulph of Saint Laurence, North America with A Map of the Island and a few Cursory Observations Respecting the Climate, Natural Productions and Advantages of its Situation in regard to Agriculture and Commerce together with Some Remarks as Instruction to New Settlers by a Person Many Years Resident There (our ancestors enjoyed more freedom with name-length). Also uploaded to the PirateBox.

I make no claims that this is anything more than somewhat cool and vaguely utilitarian, but it’s an interesting mind-shift to have a server on your person in a sea of people carrying only clients.

Of course the cloud-adherents would claim that everyone has a server in their pocket, but that’s not the same: not only does the server on my back simply accept files, no questions asked, but those files are then immediately available to anyone within about 15 metres of me (and to nobody else in the world, at least until they’re grabbed, like I did with those above, and shared more widely). It’s sort of the opposite of the Internet, and, to me at least, that’s a notion worth exploring.

If you see me over the next while with a pod-pack slung on my back it’s likely that the SSID “PirateBox@Backpack” will show up on your wireless device if you look; send me a file, or grab one. Or just use the chat to say hello.

One thing to note if you’re looking at the Anker Astro 2 8400 external battery back is that it cannot charge and discharge at the same time; in other words, if you’re using it to power a PirateBox, the PirateBox will shut down as soon as you plug the Anker battery into external power to recharge it.