In a letter to the local branch of the Council of Canadians, Charlottetown Mayor Clifford Lee said city council recently met to discuss a letter from the group requesting the city switch from using bottled water to tap water.

“It was the decision of (city) council that the City of Charlottetown would cease purchasing bottled water,” Lee said in the letter.

Bottled water will no longer be permitted in all city premises and workplaces and all city council and committee meetings.

Now while in the grander scheme of things this might seem a trivial move, I still think it’s an important statement. The commodification of drinking water has been something that’s happened in my lifetime; we’ve moved from: 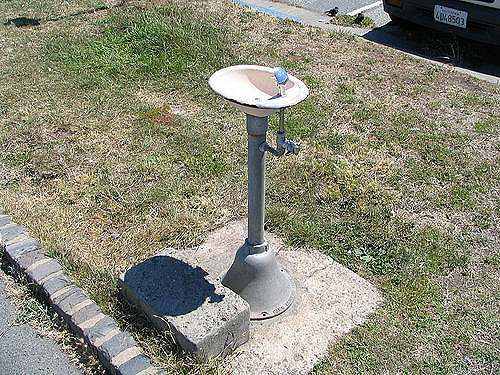 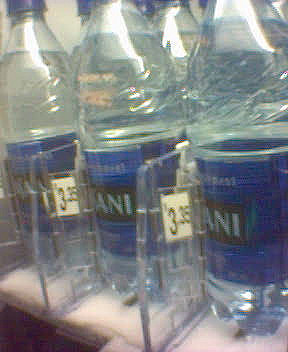 While this obviously has ramifications for how we think of water locally, and for our relationship with our ground water, more significantly it contributes to the erosion of access to clean drinking water being treated as a basic human right around the world.

Kudos to Mayor Lee and council for showing leadership in this regard, especially given their earlier dismissal of this as an important issue.

In the last year I have been getting away from bottled water as much as possible. I always knew it was somewhat ridiculous, but I began drinking it as a “good thing” because it was an alternative to sugar laden pop and juice.

Cairo, I admit, had different plans for that entierly, but I will spare details.

I am actually a little shocked that council has gone this far, and good on them!

What if you have concerns about nitrates?

But if they are in the aquifer already, what can one do — what actions would be meaningful?

Our office has a water cooler that is filled by Seman’s Water Co. (now a subsidiary of the Pepsi Bottling Co., I presume). It’s tasty and cool and encourages us to drink lots of water. I wonder where this lies on the spectrum of evilness? It uses giant reusable bottles, which is good, but it gets trucked here, rather than the pipes we already have, which sucks.

I suppose the ideal would be a water cool that keeps the water cool from our own water system.

I’ve added my two cents to the Guardian comments on this story. Apparently, some people believe we’ve banned the sale of bottled water.

I live in Charlottetown, and if I drink the city’s water I get sick from the high amounts of chlorine. My lips break out and bleed, stomach ramps, etc… I hope that they take some of the money they’ve made from selling bottled water and invest in a water purification system.