Sometime last month I came across a factoid while surfing the web: on July 12, 2011 Neptune will have completed its first orbit of the sun since it was first discovered in 1846. This stuck in my head, and when it came time to find a theme for a holiday card to create with my letterpress, it seemed perfect (and also a way of avoiding the banality of Happy Holidays and the insincerity, for me the irreligious, of Merry Christmas).

But how to craft a Neptune. I’m a printer, not an artist, and my ability to represent the world in things other than letters is extremely limited. But I decided to make a go of it and see if I could make a reasonable facsimile of something Neptunian on paper.

I started with a 3 inch by 4 inch piece of Speedyball’s Speedy-Carve that I bought at Michaels out at the edge of town (they have a tiny selection of lino-block printing gear, but it’s enough to start out with): 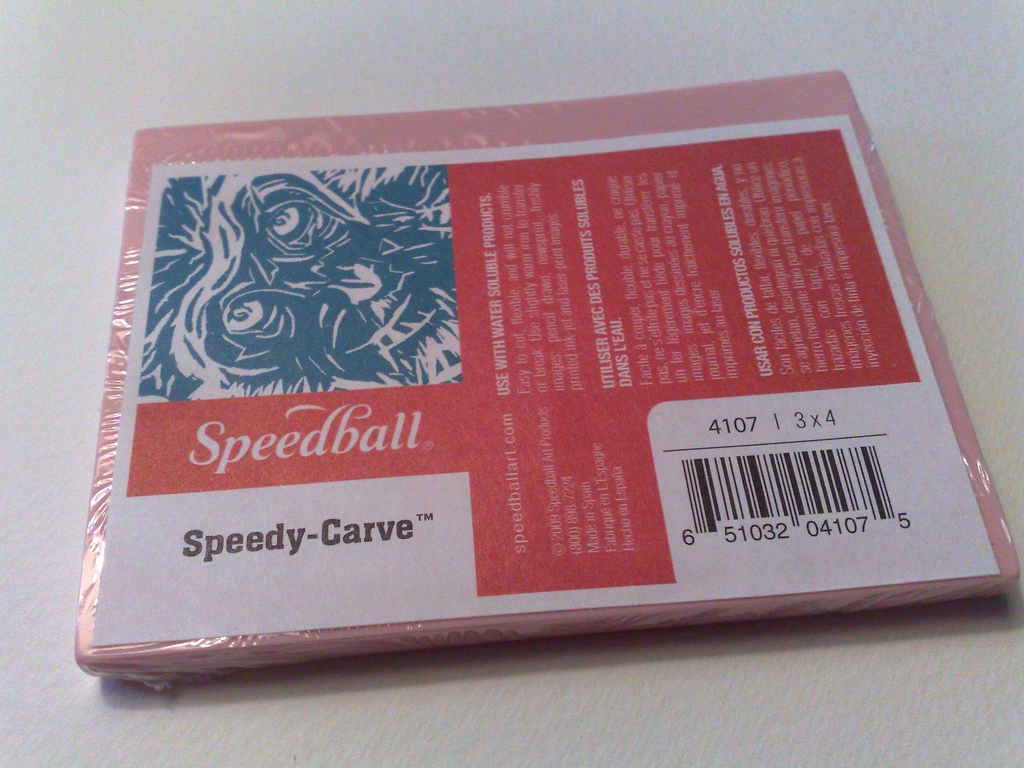 The Speedy-Carve blocks have the benefit of being relatively forgiving to the novice carver, but are otherwise a thoroughly unfulfilling medium; they lack the heft of real lino-block and the effect is not unlike carving a pencil eraser. But they’re cheap, and I needed to start somewhere. I tried to get an idea of what Neptune looks like using Google Image search and then made a sketch on paper: 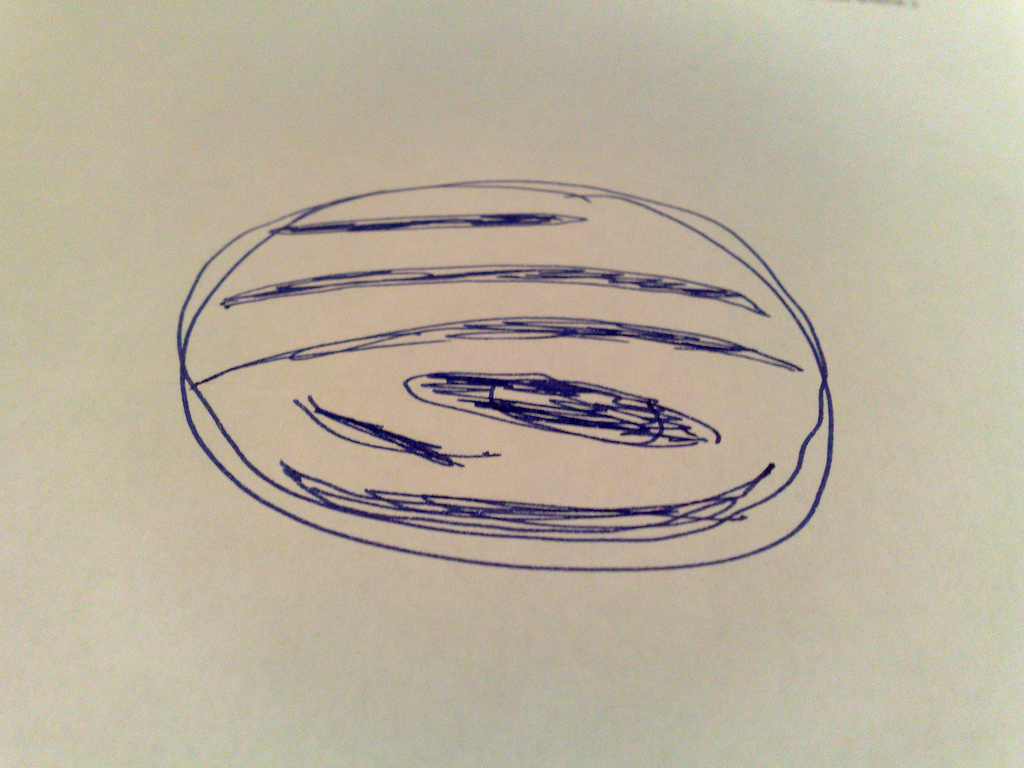 The parts the “stick out” are the parts that get printed, so I had to carve away most of the block. To do the carving I fortunately had the lend of a very nice set of carving tools from Dave via Erin: 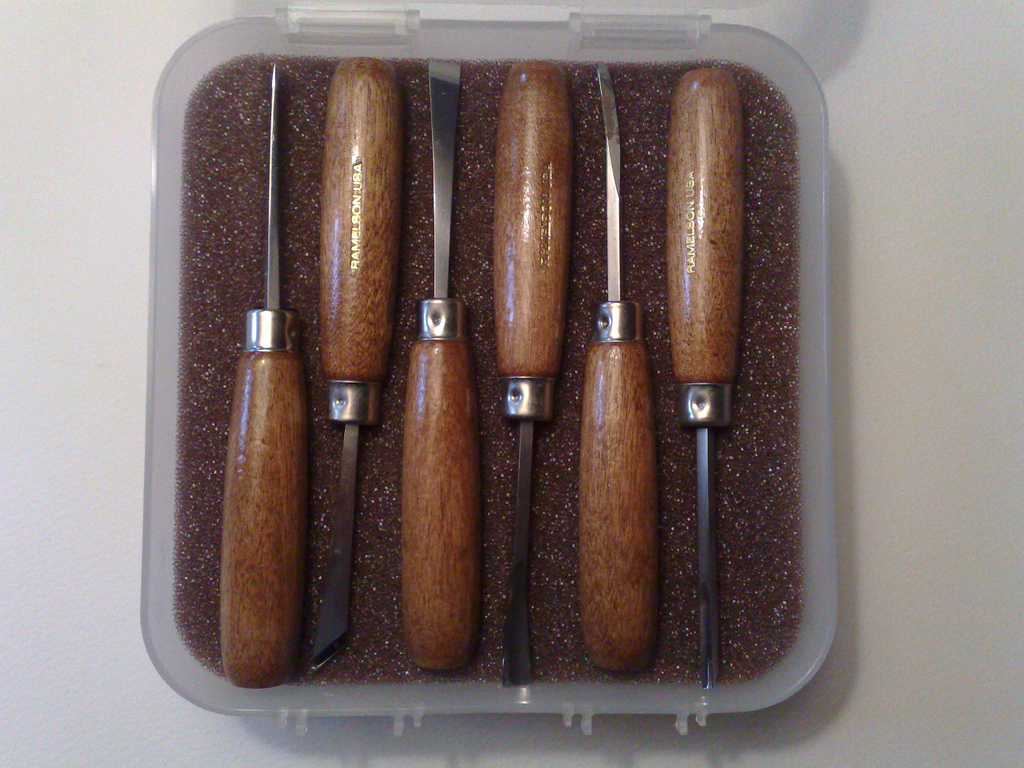 The end result of the carving was this: 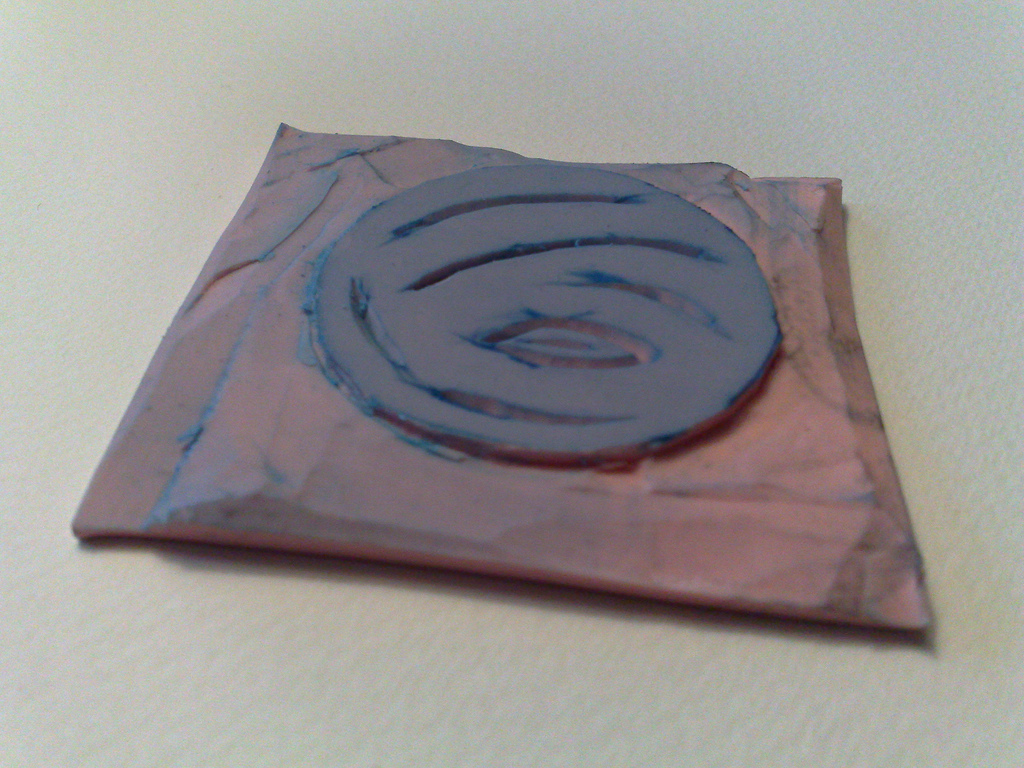 Rather than trying to print this on the letterpress, I decided to just ink this block and lay the card blanks over and roll the back with an empty ink brayer. I would have preferred to use water-based ink to print this part of the card, but I only had soy-based blue ink (the dregs of a can I generously received from Kwik Kopy a few months ago), to things were messier and stickier and harder-to-clean. But it worked.

I printed 30 cards on pre-cut and folded Strathmore Stamping Cards I picked up in Halifax at DeSerres on Barrington Street (the cards were fine for the lino-block printing, but the paper wasn’t the greatest for using on the letterpress and I wish I’d invested in a better, more appropriate grade of paper).

I set the “holiday messaging” in Gill Sans 12 point and once the blue ink had dried overnight I printed the message on the 21 cards that emerged from the block printing without ink splattered in inconvenient places. The end result looked like this: 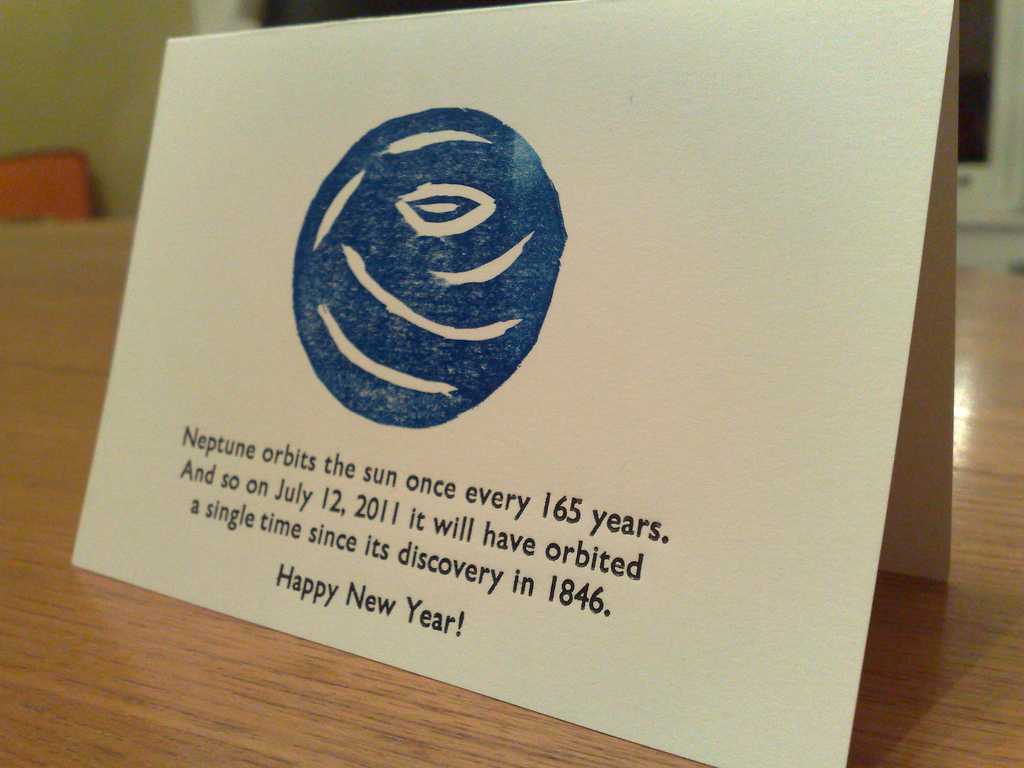 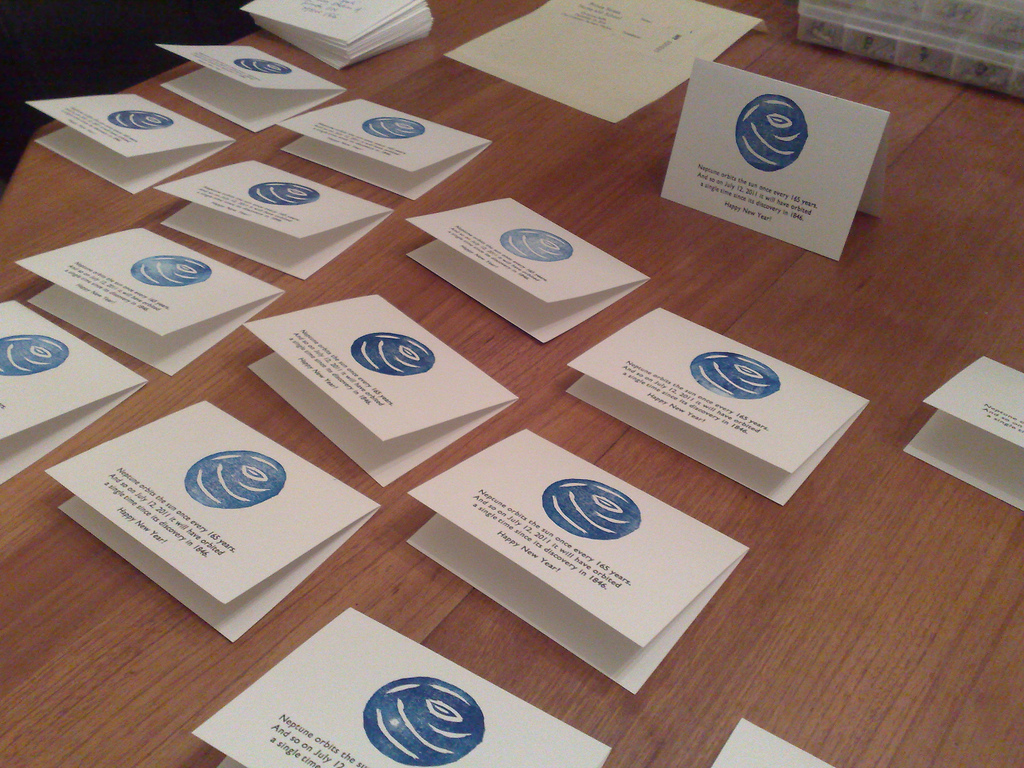 The cards aren’t 100% satisfying to me, and if I’d had more time and taken more care I could have made them more to my liking. But I’m taking a “it’s better to do a lot of printing jobs somewhat well than to do no printing jobs perfectly” approach to learning letterpress (“release early, release often” we say in the software world). So they’re Good Enough.

I’m fortunate to have more than 21 friends and family, so I was forced to choose a random group of recipients: I ended up sending 4 to Europe, 3 to the U.S., and the remainder to PEI and the rest of Canada. If you received one (or are about to: mail is slow), please enjoy; if you didn’t, then you’re still invited to have a Happy New Year and I’ll catch you at Valentines or Easter.

Very nice cards Peter — you should take in the next Artist Trading Card event at the Confed Art Gallery!

What a beautiful little story, Peter. You made me smile (just as with the Circus posting). I need to find such nice ways of weaving the factoids I like into ‘real life’ :) (As winning at Trivial Pursuit, which we play like once a decade is way too little return on the investment my brain makes in remembering heaps of otherwise useless factoids)

Most original card I ever received. Thanks!

(I first wrote it was the most “unique card”, but being printed, that ain’t technically correct.)