As I type I am lying in a a bright orange bedroom in my house. Against an almost-life-sized bear. Whose name is Nethan. Pronouns they/them.

When we first met, on that snowy winter day in a parking lot, I did not take to him. He was big. Ungainly. Floppy. Furry. Absurd.

When it was insisted that he come with us to Halifax for a 3-day break in March, I was even less enthusiastic. A bear. In a car. To Halifax?!

Last month, though, Nethan failed to catch a ride home, and he’s been living here in the bright orange room at my house since.

I’ve been warming up to him.

We run into each other from time to time.

He doesn’t say much, but he’s always smiling.

He must get bored.

I hope he likes orange.

Being under quarantine and inside-isolation-from-Olivia as I am, I’ve been wringing out extra sqooshes of novelty from my house, and needing to get a pack of laptop work done this afternoon, being banned from the dining room, and having already spent far too much time in bed, I decided to come in here. And lean on Nethan for support.

It turns out qualities that had previously turned me against him — big, ungainly, floppy, furry, absurd — today proved excellent traits for a pair-programming mate.

Nethan is warm. Friendly. He doesn’t judge me.

All of which gives you some idea of where the mind wanders into the third day of COVID.

Physically I’m improving bit by bit, hoping that there’s not a sudden dip into a new symptom thrown in as a surprise. The headache and body aches are gone. I’ve gained a cough—a coughing-fit cough in the middle of the night that’s slowed to an infrequent one now—and my brain fog seems to have, if not disappeared, at least lessened to the point where maybe I can believe I was always about this mentally acute.

If all goes according to plan, I bust out of iso’ on Tuesday morning. It will not be too soon.

Nethan may beg to differ. 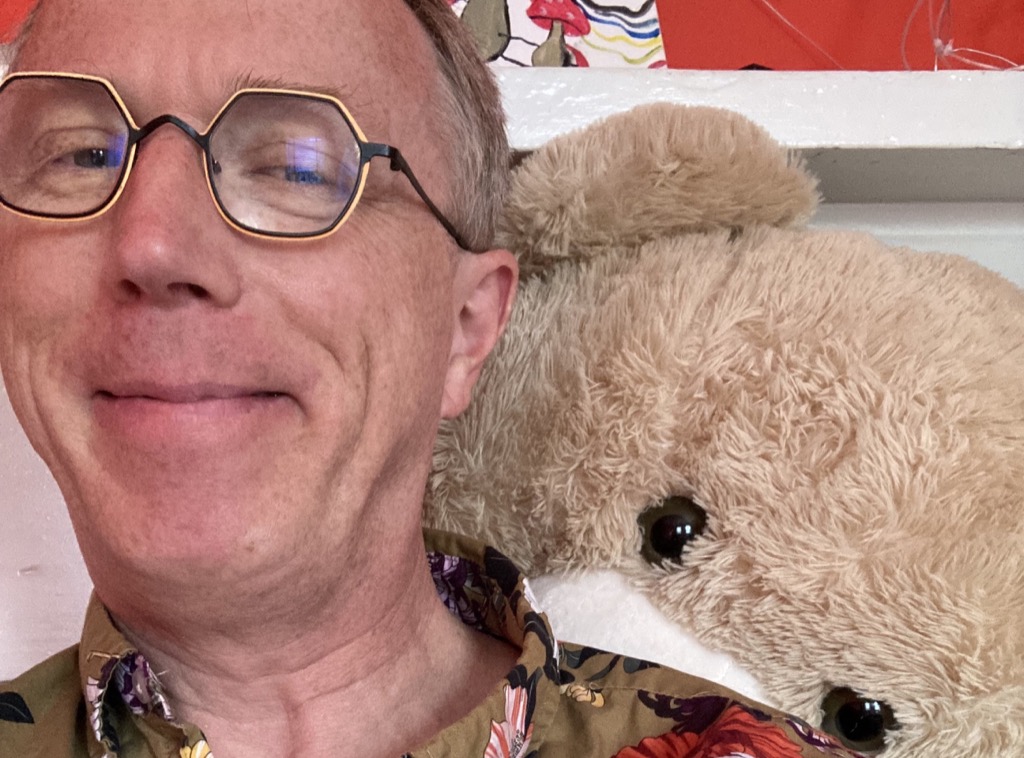 Greetings from Australia. I had the luxury of very mild symptoms for only a few days last month. Hope you are feeling much better. Been reading a number of your blog articles. Wonderful. Thanks.