Back in the late 1980s the bee’s knees of “you don’t have to be a programmer to make awesome stuff” tools was HyperCard for the Mac. It was, in its essence, a visual data juggling tool that let applications get “painted” rather than “programmed.”

Making systems that allow complex, powerful and interesting things to be constructed with a simple tool-set with a gentle learning curve is not easy: believe me, it’s what I’ve been asymptotically doing this for years. Simple is never simple.

Yesterday I attended a workshop about Hoist. Going in I had no idea what Hoist was about; Luisa invited me to go along with a group from Signal Digital and I was intrigued by the “something cool in the state of Denmark” prospect to set aside the “oh, and the first hour is in Danish” as something I could press on through and overcome.

Through a combination of good visuals, kind translators, and a hands-on workshop that was quickly hacked into English for my benefit, I emerged with a fairly complete picture of what Hoist is.

Hoist is, in its essence, HyperCard for Drupal.

Drupal is a fabulously capable open source toolkit for making websites. It is part content management system, part programming framework, part pattern language. Like any open source fabulously capable system, Drupal has rough edges and UI bottlenecks; the modern Drupal 6 is light years ahead of the antique Drupal 4 in this regard, but there’s still ground to cover before Drupal’s ease-of-use catches up with its awesome power, and it’s into these crevices that Hoist is shining its light.

If you’re Drupal-literate, the technical description of what Hoist does is roughly as follows:

If you’re not Drupal-literate, the simpler explanation of what Hoist does is “makes creating websites that gather and report on different sorts of information easier.” So if you need to have your staff of 35 salespeople enter their nightly prospect reports, you can, with relative ease, create a “Nightly Prospect Reports” application in a few minutes of drag-and-drop action: 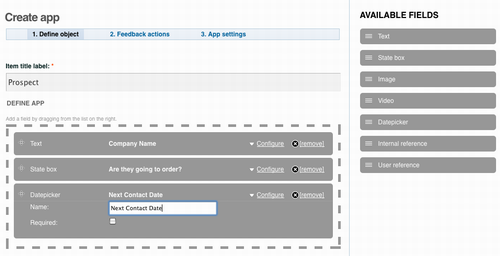 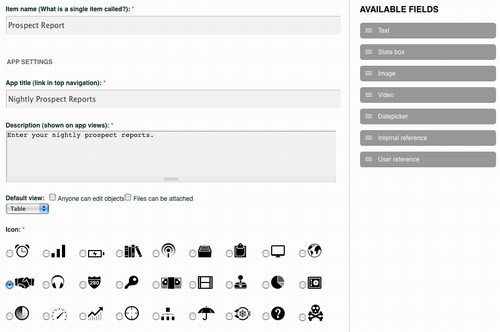 You end up with a new menu option that gets exposed to all the “members of your Space:”

And they can start entering their Nightly Prospect Reports: 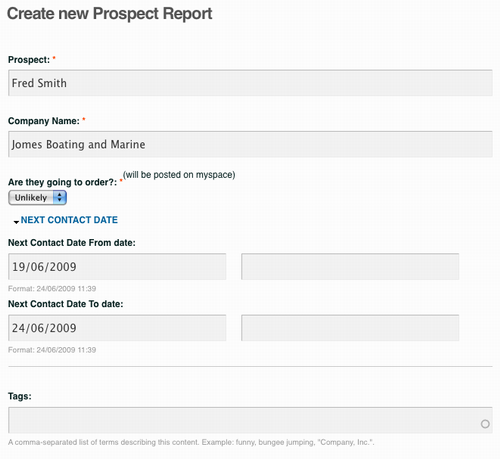 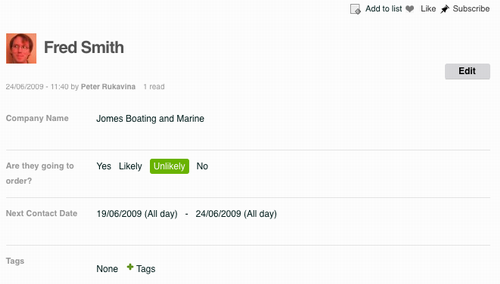 While it might be something of an exaggeration to anoint Hoist with HyperCard ease-of-use, especially in these early days, compared to the regular Drupal “create a new CCK content type, add new views, configure the display of the fields, create Views to all the content type to be reports on” string of actions required to achieve the same thing, Hoist is a considerable leap forward in the HyperCard direction. 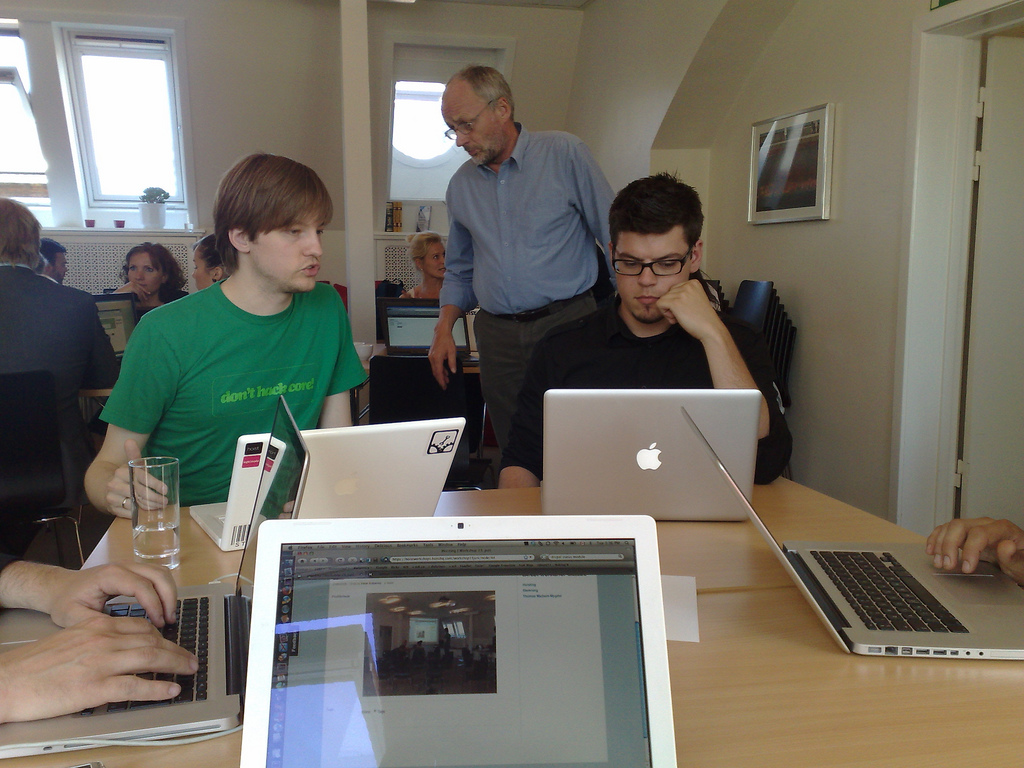 While Hoist is still a little rough around the edges, something exaggerated, perhaps, by the abysmal wifi at the workshop, there’s clearly considerable talent involved in rounding these off, and kudos must go to the entire Hoist team for being involved in the workshop, and for listening as much as telling. They hold their workshops every week, and at the intermission between the format presentation and the hands-on they serve cake, coffee and fresh fruit; it’s hard not to love a company that serves cake.

This looks very promising, I signed up for e-mail updates. An easier interface to CCK and Views would get my vote for sure.

We will of course be bringing the important module that simplifies CCK content type creation to the community. Look for it on Drupal.org in a couple of weeks. :)

This is great. It looks like exactly what Drupal needs to take it to the next level. Thanks for sharing this one.