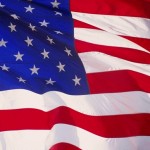 It seems clear that the de facto leader of the western world is now New York Mayor Rudolph Giuliani. Throughout the horrors of the past two weeks he has consistently been the only leader, in the U.S. or Canada, to have practically, responsibly, efficiently and with good humour stood before us to report on the aftermaths of September 11.


He comes off as so much better a human being than any other western leader that the rest of them look like dolts by comparison.


Giuliani, of course, has the benefit of being a municipal leader and thus being directly responsible for actual stuff. He doesn’t need to talk about “smokin’ them out of their caves” because he’s too busy calmly talking about death certificates and parking meters and whether the subways are running are not.


But he is at his most eloquent when talking about the psychological realities of the situation.


At his news conference this morning, for example, he talked about how important it is that children aren’t afraid. To quote from the New York Times:

This kind of talk is so much more comforting and plain-spoken than all the mindless, content-free rhetoric of other leaders. To say nothing of the endless episodes of Oprah on “the healing process.”


Giuliani, who is being rallied to seek a third term as Mayor, understands that part of recovery is the restoration of confidence, and that the restoration of confidence requires, in part, strong leadership. While we in Canada may have effective managers and defenders of our sovereignty, we are sorely lacking strong leaders, people who can inspire us to greatness, calm us in times of hardship and generally, well, lead.


If Rudolph Giuliani wants to run for Canadian Prime Minister I’m ready to work on the campaign.

One of the reasons that guiliani has been so appealing through this crisis is that he is a municipal politician, and so he can focus on things that that are tangible and real to people — like subways and parking meters — as opposed to things that seem distant and scary, like jihads and air strikes. He is also a politician, unlike Bush, with nothing to lose. because of this his remarks have been uncalculated, sincere, and pleasingly human. Bush’s statements seem contrived, considered, and somewhat smarmy.

Maybe I am a naive, blind idiot, but I am putting a personal moritorium on bashing any US politicians under these recent difficult conditions. What qualifies someone to label Bush’s comments as contrived, considered, and somewhat smarmy?? As you put it, Guliani is a municipal politician. Once a mayor wins office, he pretty much rules the roost, and his job is simplified down to moving assets around efficiently and effectively and to cheerleading. That said, Guliani has demonstrated an ability to do this under enormously difficult conditions arguably as well as anyone ever has. That said, a Federal politician (like a President for instance) is not only operating day-to-day inside the sharktank that is the national political stage, but he or she must also deal with his or her country’s position on a global stage, and in the context of his/her country’s historical reputation. I personally think that Bush (who I thought -along with millions of others- was pretty much a moron before all of this) has done a tremendous job bolstering of the confidence of a people that have had the wind knocked out of them, delegating very complex tasks, and maturing beyond any level even he could ever have aspired to. Give the guy a break!! I am not advocating turning a blind eye to the rightness or wrongness of the US’s current policy that he is helping to shape, but as a leader under extremely difficult conditions, and as a public servant, I think he has exceeded most people’s expectations, and deserves a bit more respect.

I have every right to label Bush’s comments contrived, considered, and somewhat smarmy, because those are my impressions. In a world where access to politicians is tightly controlled, we as citizenry are forced to derive our impressions based on public appearances, which I have done. I don’t presume to be an authority — I’m giving my opinion. I realise that being President of The United States is the most difficult job in the world, particularly now, and Bush has exceeded my expectations as well. That does not entitle him to be free of scrutiny and criticism. If anything, we have to keep a close eye now on what is being done at the highest levels of government. We only have to look back as far as the war in the Persian Gulf to see how the United States military kept facts from it’s own people about civilian casualties and “friendly-fire” deaths of it’s own troops in the interests of “national security”. Just yesterday defence secretary Donald Rumsfeld, while saying that he would not lie directly to reporters about US military activities, quoted Winston Churchill…”Truth is sometimes so precious, it requires a bodyguard of lies”. I don’t believe this, and I believe it is an excuse for a government to act without accountability to it’s people. President Bush is doing his job, and doing it pretty well. But if I didn’t question him and our own government, then I wouldn’t be doing my job.

Confidence may have been bolstered, but I don’t think Bush had much of a hand in it, except that he was the guy that read the speech. The President as a figurehead bolstered our confidence, not Bush as a man.
And it’s my opinion that Bush’s comments have been as contrived, ascalculated, yet less smarmy than his comments had been pre-9-11.
I’ve always seen him as a student who always feels he’s about to get caught cheating; that it’ll be found out that others do his homework. Since Sept.11, I find him to be somewhat less like that.

Steve, please take a day off work. My comments here are made as a human being, not as a janitor, software engineer or astronaut. What are your (as a fellow human) impressions of Bush?

My impressions of Bush are that he is a poorly trained spoiled rich kid with little intelligence, little imagination, little ability to speak in public and a dangerous propensity to follow the herd. I would never choose him to be my President. He might be a perfectly nice guy, I suppose, if we were to go out for a beer. But in a world where politics is largely theatrical in nature, he is a sad and frightening actor. But then again, I voted for Ralph Nader.

Bush fascinates me. It sounds as though he was a great governor of Texas…personable and open-minded and willing to work with people of all political stripes. Before the bombings I read interviews with democrats who met Bush and were charmed by his can-do attitude and genuine likability. Like Pete, I think he would be a really fun guy to know socially, and I think at the root he is a man of good character. But I don’t like the way he uses simple language to talk about complex international issues, particularly at a time when emotions are running high. I just think it’s cravenly irresponsible and even stupid to cast this “war on terror” in terms of “good versus evil”. This tack seems desperate, borne of ignorance. It does not inspire alot of confidence for me. As a human being, I am afraid that someone like this is running the show right now.

While I disagree with some of your comments brothers, I am glad that we have the freedom to carry on this open discussion.

Trusting I can stick my nose in what appears to be a Saturday afternoon brother’s tussle out in the backyard, what I am interested in the Bush use of language. I expect that the real control is by a committee and that Rice, Powell and other play a very large part in the administrative decision making — unlike micro managers like Carter and Clinton. The presentation of Bush is something of the “everyman.” I was very struck by his statement made soon after the attacks — something to the effect of — “when I think of this it makes me sad, when I think of this it makes me angry”. His use of language is often a bit like Hemingway, clean and direct. There is little uncertainty. The shades of meaning are left to others — primarily from my viewing time Rice and Powell. I agree that this can be disconcerting when we have seen imperial Washingtonn for so many years but tied with the actions of the administration that so far seem both internally dramatic but extenally measured, I wonder if the cadance and useage and the actions are more atune to a Texas ear and the habits of a Texan politician. Maybe his role is being presented as one of the people while the job of running government is undertaken by a larger group.

Giuliani huh? Or is this a discussion of GWB? Anyway Giuliani, don’t forget, when things weren’t so intense wanted to impose his Catholic religious views on the entire city by apposing a particular (and benign) art exhibit. His past is fraught with such foolerie — but I agree, he was made for this situation!

Bush is an idiot. He’s not doing a good job, and if it weren’t for his Dad he wouldn’t have an administration that could cope with this situation. I asked this before (on the Train) but what president in history, including Regan, would have used the phrase “Dead or Alive” in reference to foreign policy? My answer, none. He’s an idiot and it shudders me that he’s the closest to the button.

He doesn’t get near the button any more than Ronnie did.

Guliani is the epitome of smarmy. New Yawk is once again
facing bankruptcy. His book on leadership has the
consistency of consomme soup. His appearance on Oprah
left one wondering whether he was a borderline moron.
He’s a narcissist!; New Yawk and Guliani fit each other
like a hand and glove.