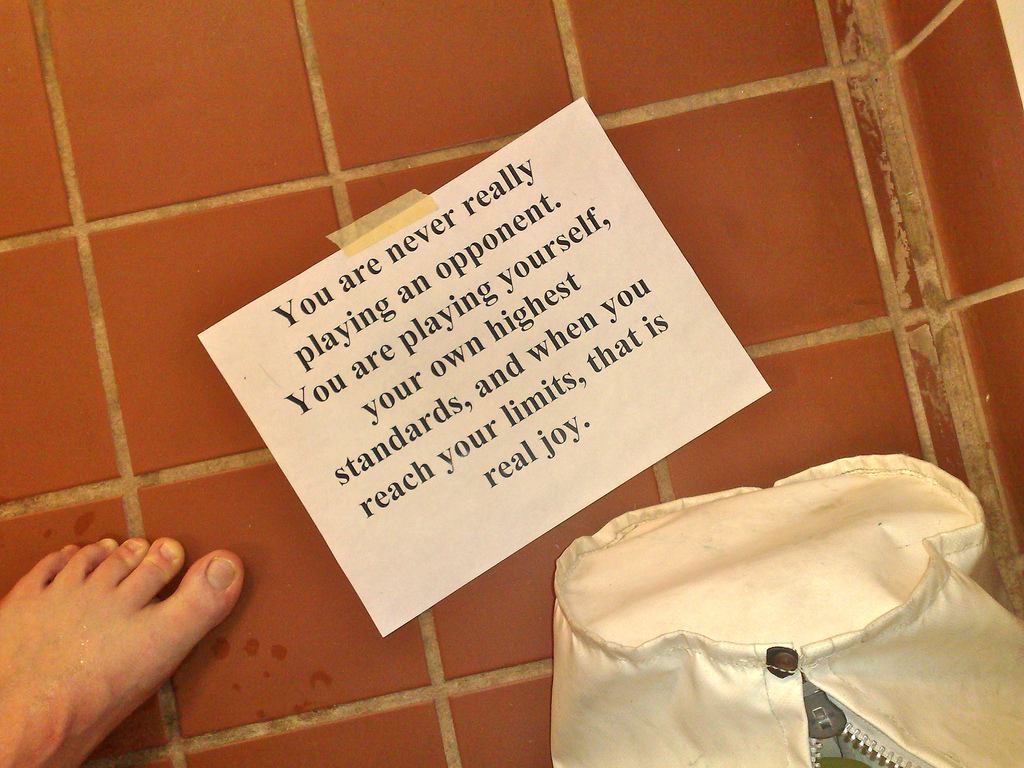 So today was the end of five weeks of my new fitness program. I made it. At this stage I’m up to four days a week of about 30 minutes of cardio (running or cycling) and 30 minutes of the weight machine business. I’m managing to cycle about 7 miles or run about 2 in that period (of course it’s all “virtual” distance, the absurdity of which was one of the hurdles I had to get over).

The biggest surprise in all this is that I don’t dread doing it. Indeed I actually look forward to it, and after a workout I tend to feel about as good as I’ve ever felt, albeit slightly more exhausted than usual. Along the way I’ve lost 8 pounds and jumped down a notch on my belt, have lost my fear of being accidentally flung off the end of the treadmill, and have come to feel at home at the UPEI fitness centre.

The biggest change only became evident yesterday, however: Catherine and I had an appointment at Prince Street School in the afternoon and as I was walking to the school I spotted her a block ahead of me. Old Pete would have ambled along and caught up with her at the school; New Pete remembered that he knew how to run, and would probably not collapse from the effort, and so I hoofed it and caught up to her half a block later.

As we’re about to head off travelling for 8 days I’ll have to be more improvisational in my on-the-road fitness ways, but I’m eager to return to my routine when we get back.

Please tell me that the rest of you isn’t as naked as the foot in that photo.

I was mostly clothed during the photo shoot. It’s hard to take photos in a men’s locker room.

I hope you disabled the shutter sound effect on your camera-phone.

I thought when people reached their limits, that was real depressing.

For portable fitness, try 5BX. It should travel with you quite nicely. You’ll find a PDF version of the original booklet linked at the bottom of the Wikipedia page.