One of the unsung aspects of the University of Prince Edward Island is its pioneering involvement in the early Internet: under the leadership of Jim Hancock (Director of Computer Services from 1972 to 1997), UPEI, among other things, participated in the NetNorth, CA*Net and CANARIE initiatives, hosted Prince Edward Island’s first connection to the Internet, and registered the country’s first “.ca” domain, upei.ca, in 1988.

The upei.ca domain name registration’s anniversary is coming up on Sunday: 25 years ago, on January 12, 1988, the domain was registered with John Demco at the University of BC, a name well-known to any of us involved in the early Internet in Canada, as he was the go-to guy for all .ca domain name registrations for many years (back when they were free, but encumbered by many restrictions; that’s how I ended up, for a time, with the domain name digitalisland.kingston.pe.ca).

While the university’s work in this regard had tremendous benefits for the institution itself, it benefited Prince Edward Island as a whole in many other ways. In my case it made for my first contact with PEI when I was applying for a job here – an email from Morley Pinsent using the CA*Net email system hosted by UPEI that was free to any Islander who asked – and, once I relocated here, it was my conduit to the greater world through my email address caprukav@atlas.cs.upei.ca (I still remember the day in 1993 when, as a meek 27 year old, Earlene Gallant handled the paperwork to sign me up for this).

UPEI’s work led to PEINet, which became (via a 14.4 kbps leased line connection) the conduit for the first webserver on PEI, at the PEI Crafts Council, to join the network; later, it was on PEINet’s web host that I created the first versions of www.gov.pe.ca. Through this all, the counsel of Jim’s successor as Director of Computer Services, Dave Cairns, was extremely valuable (the best piece of advice Dave ever gave me: hard drives will always fail, eventually, and maybe tomorrow).

All Islanders owe a great debt to the University of PEI for its vision in this regard; to help mark the occasion, I printed up a ceremonial poster on the letterpress this afternoon, and I’ll stick them up around town and campus over the next few days: 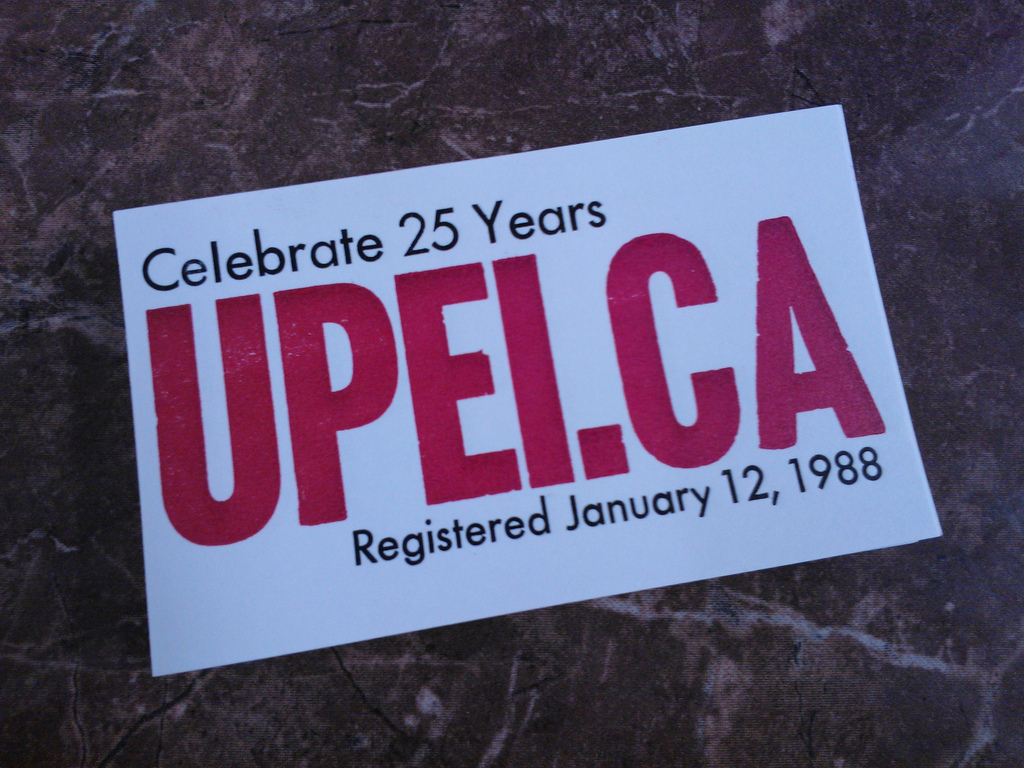 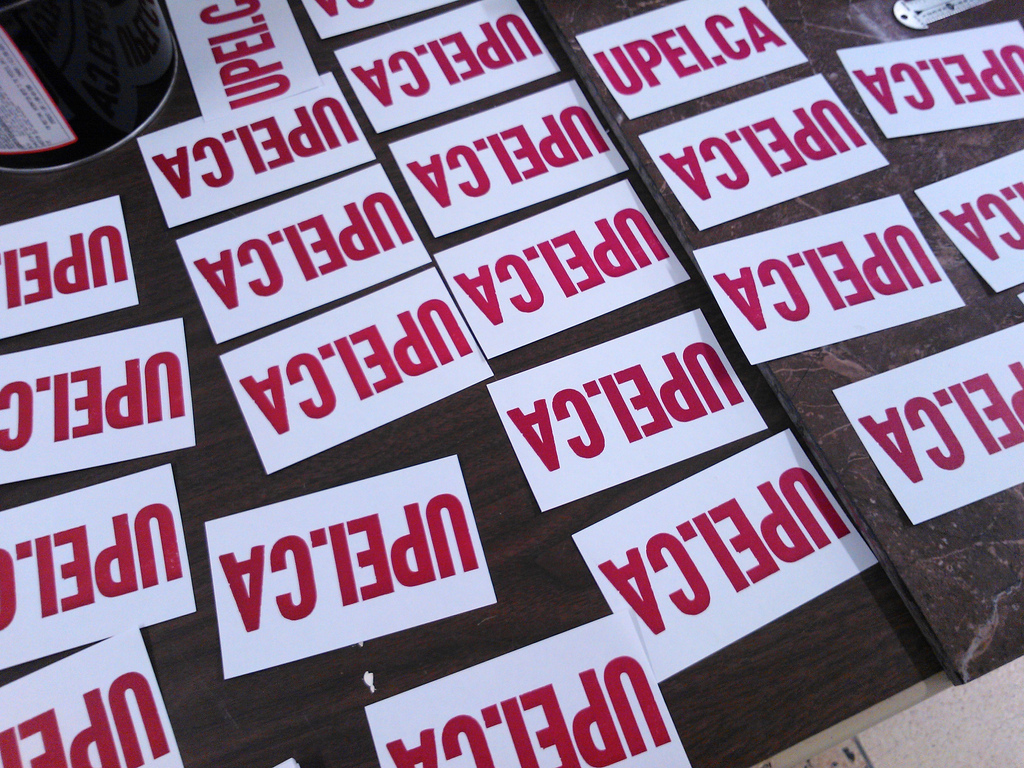 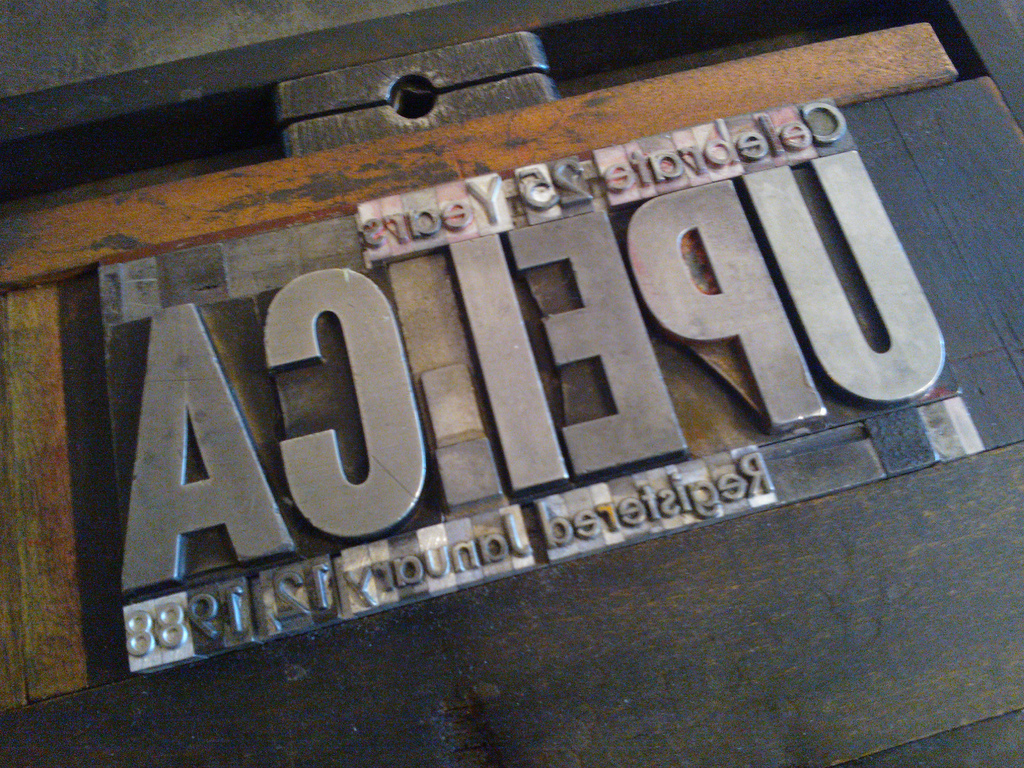 Wow… that’s pretty cool!
I remember PEINet… I didn’t know UPEI were the first to register a .ca!

And 25 years ago. Quite an anniversary. Truly ancient history in the life span of the net.

Well said Peter — It really is pretty cool that the PEI Crafts Council’s server which you set up was the Island’s 1st webserver. It was a merging of handcrafted and high-tech and as I recall the worldwide listings of suppliers for craftspeople you developed was the only directory of its kind at that time.

It really is amazing how basic things were in the beginning of the Internet on PEI — and how far things have come since. I recall touring Computer Services at UPEI when PEINet was first located there — and looking at a small box the size of a VCR and being told “that is PEINet.” It was a box and a wire in and a wire out, but it has become our connection to the world.