There’s an increasing opportunity for the curious among us to learn about the Chinese language as the number of newcomers to Charlottetown from Taiwan and China increases every day.

So Chinese writing is like a big complicated puzzle to me; but, with help from my Chinese-writing friends, I’m gradually beginning to parse it apart. Take this sign, for example: 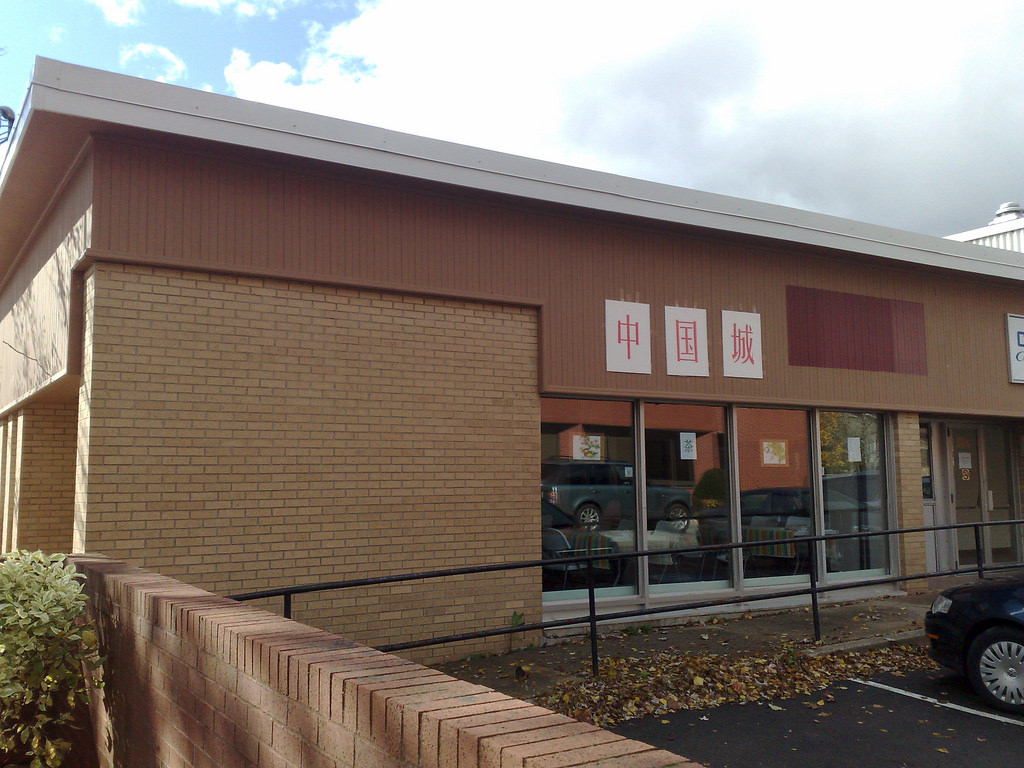 The sign is on the side of the new downtown social club and I had no idea what it meant. I tried writing the characters into my iPod touch, but to no avail; no matter how carefully I drew out the characters, I could never get the iPod to match what I saw on the sign.

What I really wanted was a “take a photo of Chinese characters, upload it, and get back English” service, like Google Goggles for Chinese (it doesn’t support Chinese yet itself), but none of those I tried worked.

Finally, I fell back to where I should have started: I asked my friend Winnie at Tai Chi Gardens and she told me, quickly and with a smile, that it means “China Town.”

And, according to Google Translate, she’s exactly right.

(Interestingly enough, when I handed my iPod Touch to Winnie and let her write in the Chinese for the first character, it recognized what she wrote on the first go even though, to both her eyes and mine, we created almost exactly the same shapes).

The sign on the door with hours was a little easier to parse apart: 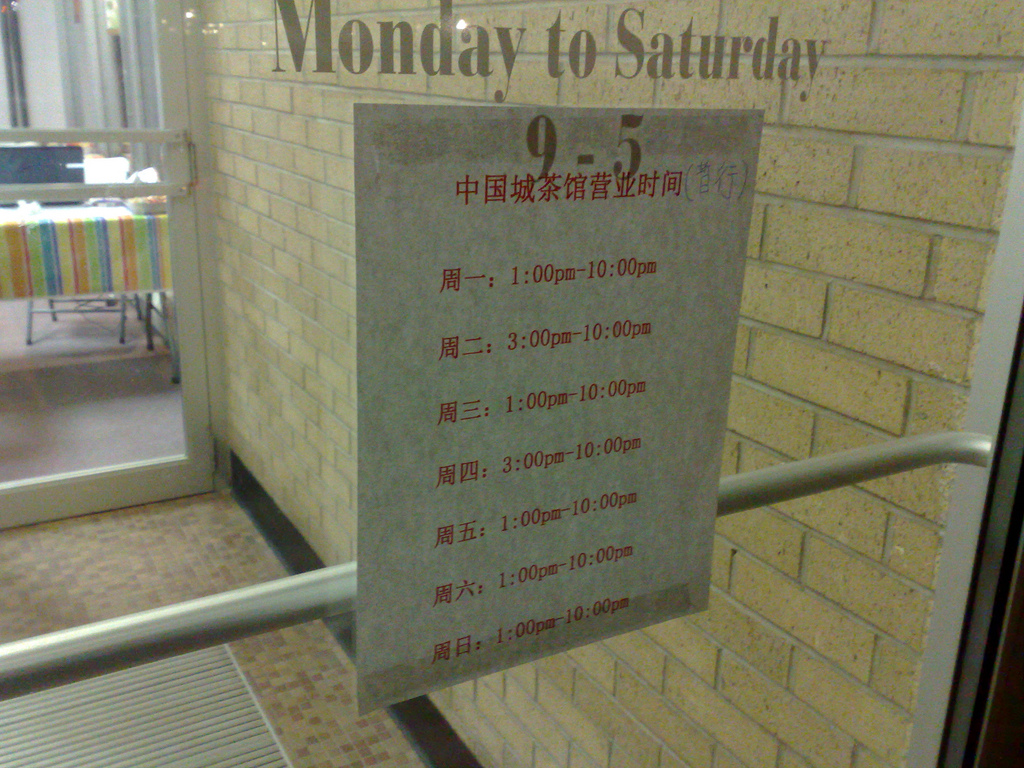 For this sign the Days of the Week in Chinese page was a big help, specifically:

The modern Chinese names for the days of the week are based on a simple numerical sequence. The word for ‘week’ is followed by a number indicating the day: ‘Monday’ is literally ‘week one’, ‘Tuesday’ is ‘week two’, etc.

And of course one can assume that Tuesday follows Monday, and so on, so it wasn’t too difficult to figure out that:

Some other things I’ve learned:

Still so much more to learn!

Just yesterday I was trying to read some Chinese with Google Goggles just yesterday. Rather let down it didn’t work.

Pleco is releasing a character recognition module to their popular dictionary and flashcard app. You can see a demo of the app. here: http://www.youtube.com/watch?v…

It could be very useful in some instances.

That is very cool, and almost exactly the app I have in my head when I think “why isn’t there an app for this” when confronted with Chinese. Thanks for the pointer.